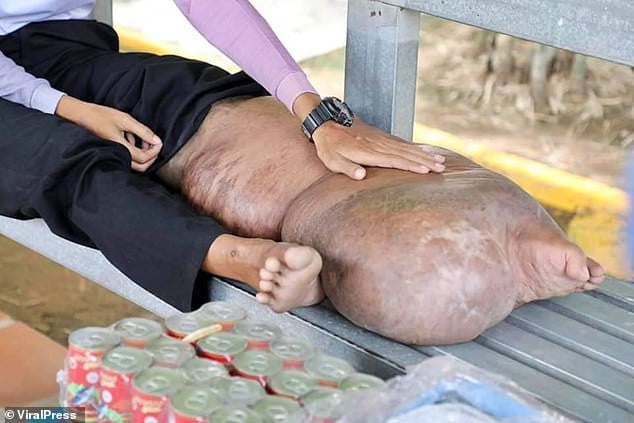 A young man’s leg has been turned to almost the size of his body after he was reportedly bitten by a parasite career mosquito.

According to reports, the young man who is now 27 years of age was bitten by the infected mosquito when he was just six years old.

Bong Thet who hails from Cambodia, in the Southeast Asian while narrating his ordeal said he once dreamed of becoming a footballer, but now have to drag his foot as a result of the incident which happened two decades ago.

Naija News learnt that Thet’s leg developed from a small wound into a huge tumour after he was ignored by his parents who thought it was a mare injury from the playground.

According to the young man, the small lumps grew around his foot and completely covered his leg by the time he reached 12-years-old. The leg, however, became terrible and scary due to his inability to afford the medical treatment in the poverty-stricken country.

Naija News understands that Bong’s condition forced him out of school because it became very difficult for him to walk long distances until of recent he met with a good Samaritans who offered to pay for his treatment.

Businesswoman Dana Try reportedly gave Bong’s family 10,000,000 Cambodia Riel (around £1,900) for his medical expenses and he was able to visit a hospital for the first time. According to reports from doctors after conducting a blood check-up, Bong has Lymphatic filariasis, a parasitic disease caused by thread-like worms.

The doctors confirmed that he contracted the parasites through mosquito bites which he scratched, resulting to the wounds, adding that the parasitic disease is one of the leading causes of disability in the world, but there is no known vaccine or cure for the disease yet.

The young man when he was told of how his condition has worsened and is incurable, he was disheartened but he was still thankful to people who contributed for his checkup.

“This will make my life easier and knowing that there are people who care for me makes me feel happy,’ he said. ‘I am so grateful for them to helping. The money will pay for medicine and food,” he said.

“I will continue to take the medication given to me by the doctors which will make my life more comfortable.” 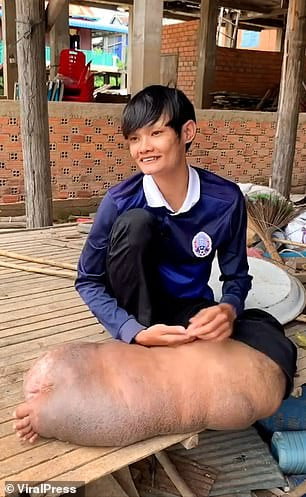 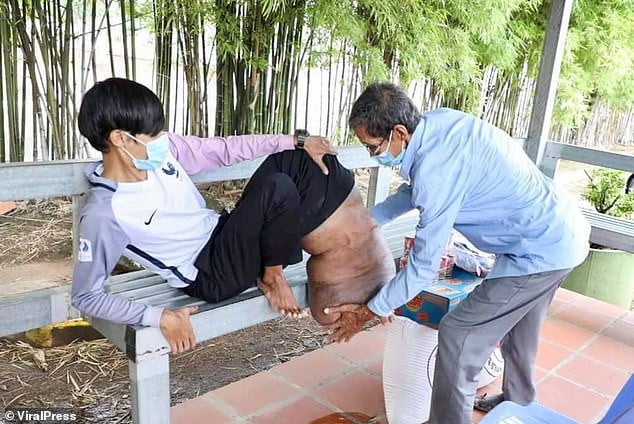 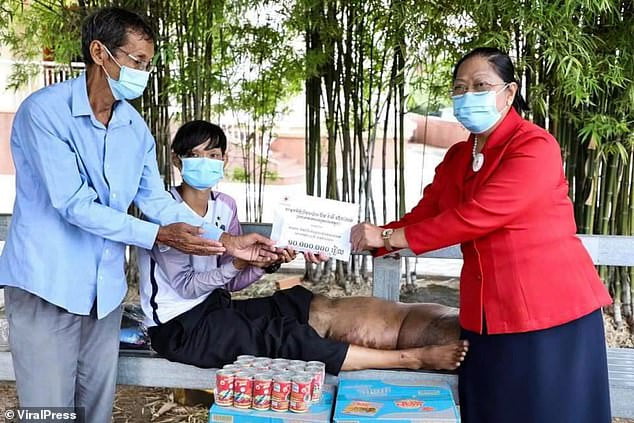 In another news, one Tamba Lamine, a Liberian has reportedly ended his life after he jumped over a bridge to retrieve a note of dollar that fell from his hand.