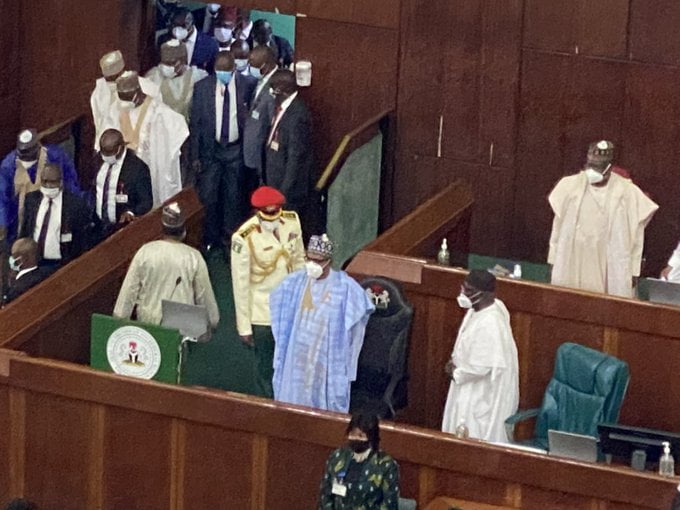 Compared to budget presentations done in previous years, the President was only accompanied by Vice President Yemi Osinbajo and a few ministers, while the others are expected to participate virtually.

According to Senate President Ahmed Lawan, the new arrangement became necessary in order to maintain social distancing during the presentation, as a result of the COVID-19.

Naija News has identified some of the major things said by the President during the budget presentation  ceremony. Below are the important highlights:

Meanwhile, the Senate President, Dr. Ahmad Lawan has given assurances that the National Assembly is ready to pass the 2021 national budget estimates before the end of 2020.

Lawan said this in his opening remarks on Thursday, shortly before President Muhammadu Buhari laid the N13.08 trillion 2021 Appropriation Bill before the lawmakers.

The Senate President recalled that the legislators had done something similar in the past as he noted that they promised to pass the 2020 budget before the year ended which they did.