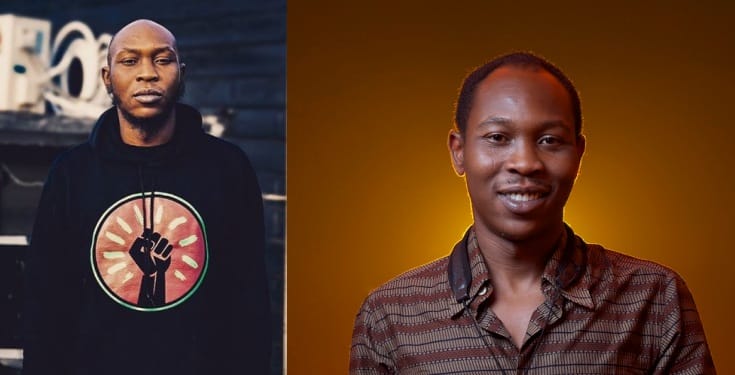 Nigerian singer, Seun Kuti has blasted Nigerians over the recent outcry for the ban of the Special Anti-Robbery Squad.

Kuti who took to his Instagram page to do a live video, shared his thoughts about the #EndSARS campaign, the Nigerian government, and how the Nigerian army and other security forces are being paid to kill Nigerians.

He claimed that many of those at the fore front of the agitations are the ones who have police men they use in oppressing people.

Kuti also alleged that Shell (an international petroleum company) use the Nigerian Army in oppressing and killing people of the Niger Delta.

He further stressed that the military men are been used to protect Western interest and nothing has been done to change that.

Kuti recalled how Niger-Delta activist Isaac Boro was killed by soldiers acting on orders of a foreign company, the singer stated that the oppressed has to fight to regain his freedom.

Seun Kuti also disclosed that his late father, Fela Kuti lost a house and his mother while fighting the “oppressor”. He further advised Nigerians not to sit back and watch security operatives, humiliate their fellow citizens.