For many it is the end of the world, but for South African woman, Mancobeni Makhwayi, who has been living with HIV for 22 years, it is a thing to thank God for.

Makhwayi took to her Facebook page to ThankGod for life, having being diagnosed of HIV 22 years ago.

She added that she is a rape survivor and a single mother of three boys.

She also affirmed that she believes that God has played a big part in her life.

“I’ve seen the hand of God in my life…

Been HIV positive for the past 22 years .On medication for5 years..

Meanwhile, Roman Goddess, an Instagram model has taken to her Instagram page to apologize to former Senator representing Kogi West, Dino Melaye, after she posted a video alleging that she went to see him in a hotel.

NaijaNews earlier reported that Roman Goddess took to social media to share videos of herself visiting Dino Melaye who she described as her “uncle and daddy” in a hotel. Watch the video 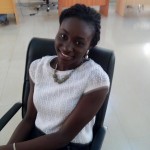 Related Topics:HIVSouth Africa
Up Next

Trump Only About Building Walls, Not A Christian – Pope Francis