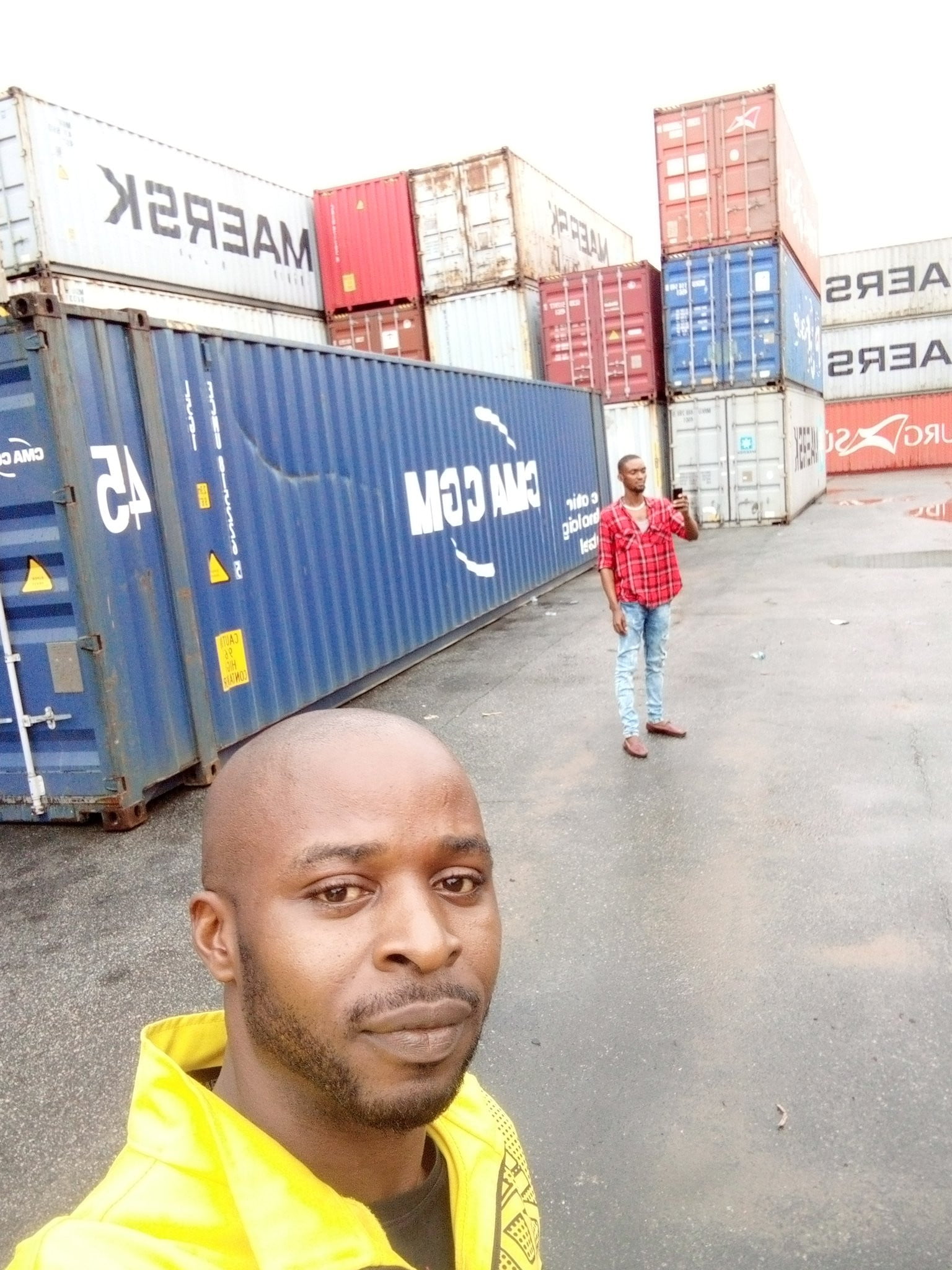 Presidential Aide, Tolu Ogunlesi has announced the commencement of activity at the Onitsha sea port, after it was commissioned yesterday.

Videos and photos from the scene show containers being offloaded.

Ogunlesi explained that the plan of the government is to move containers from Lagos & Onne Ports to Onitsha by barge.

He said they have commenced pilot testing which  is what is being done for now, in order to assess  efficiency, do troubleshooting etc

He noted that after the pilot testing is completed, they would roll out full operations. 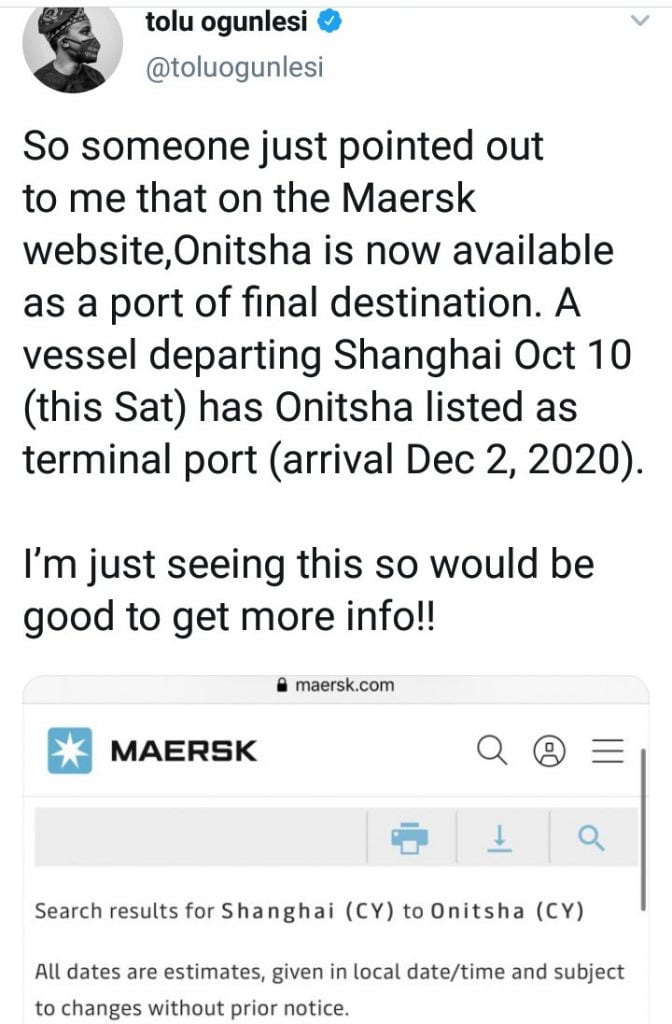 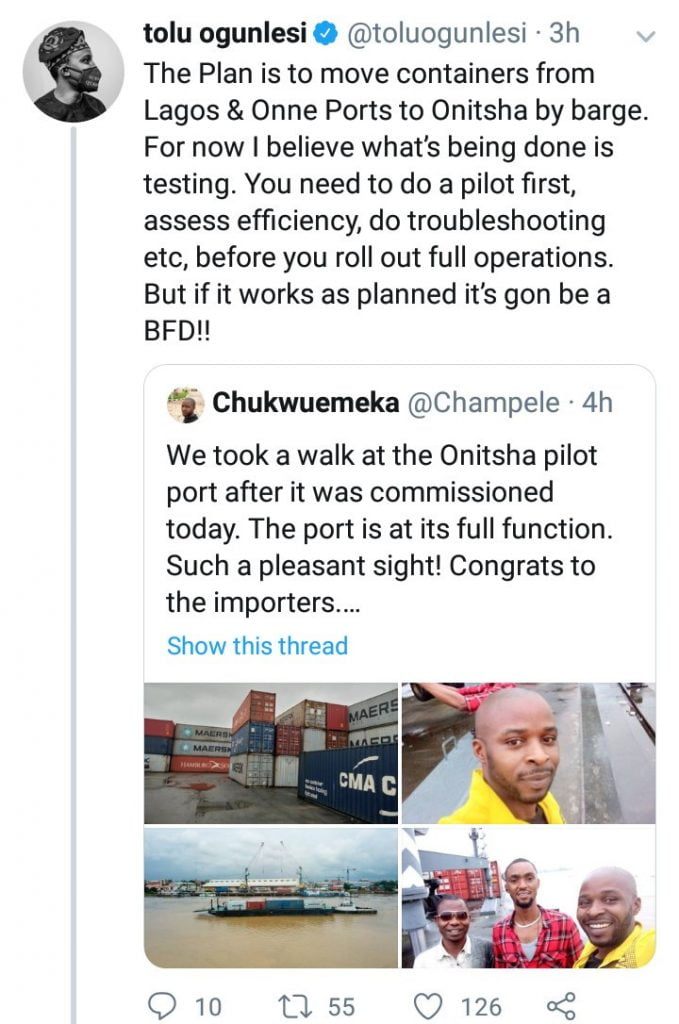 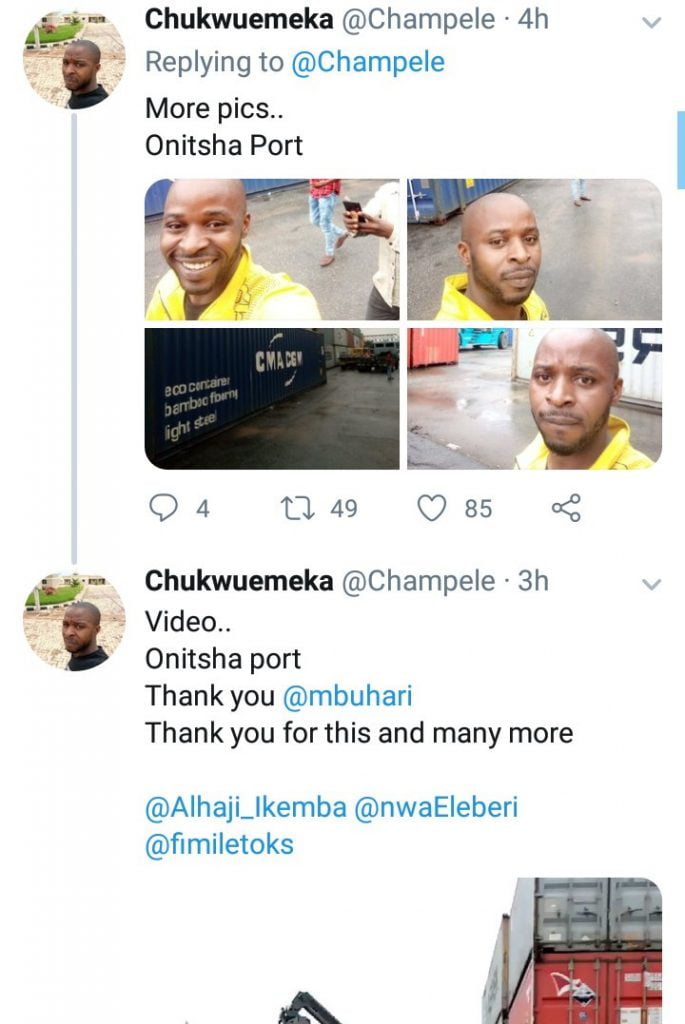 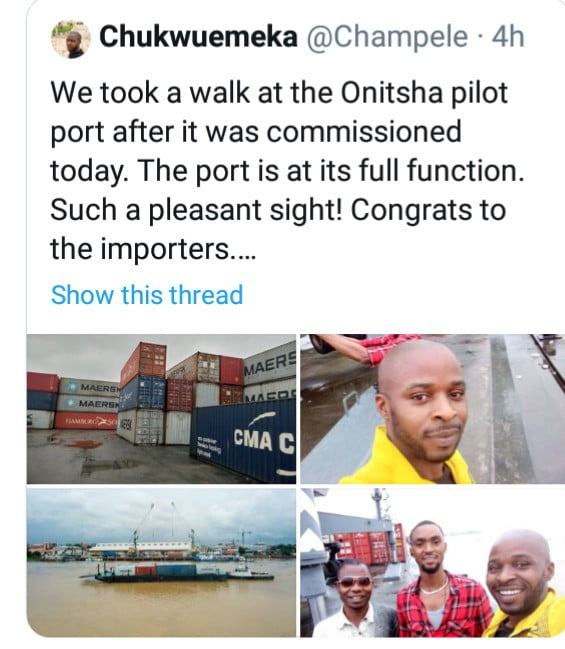 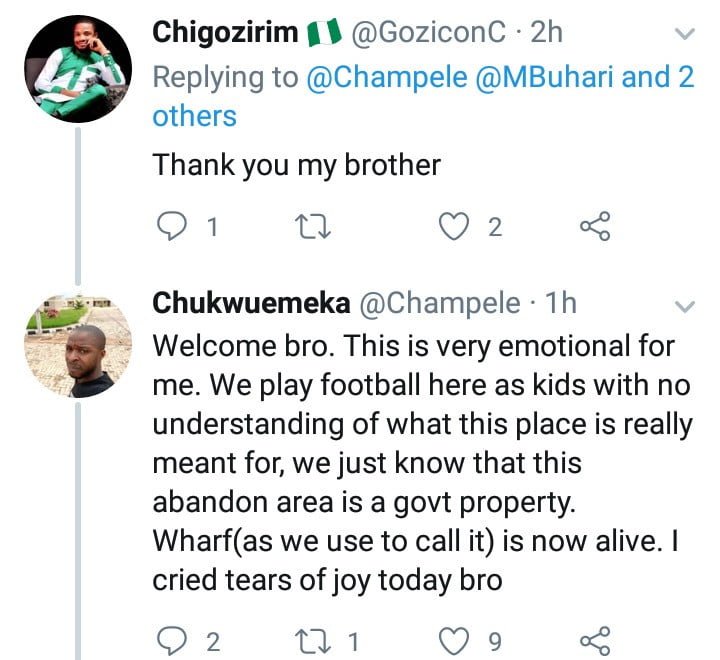 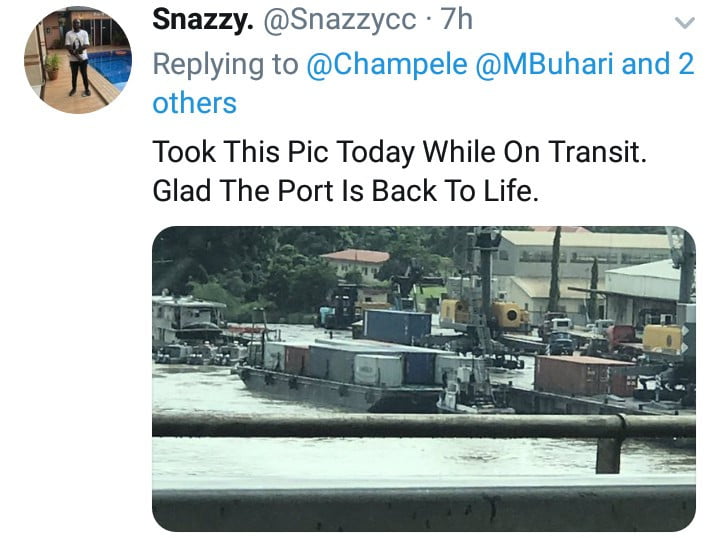 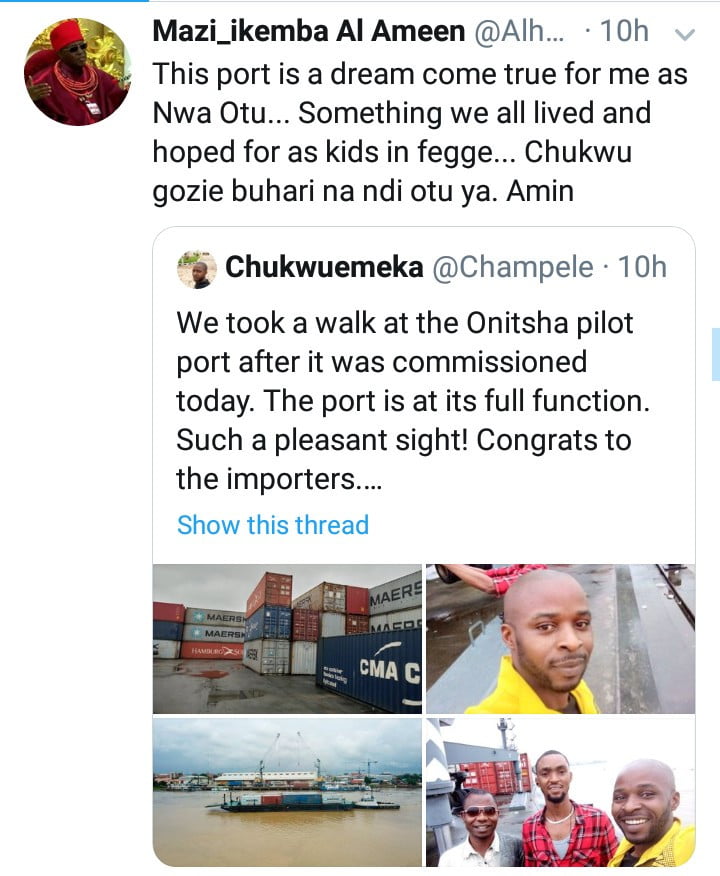 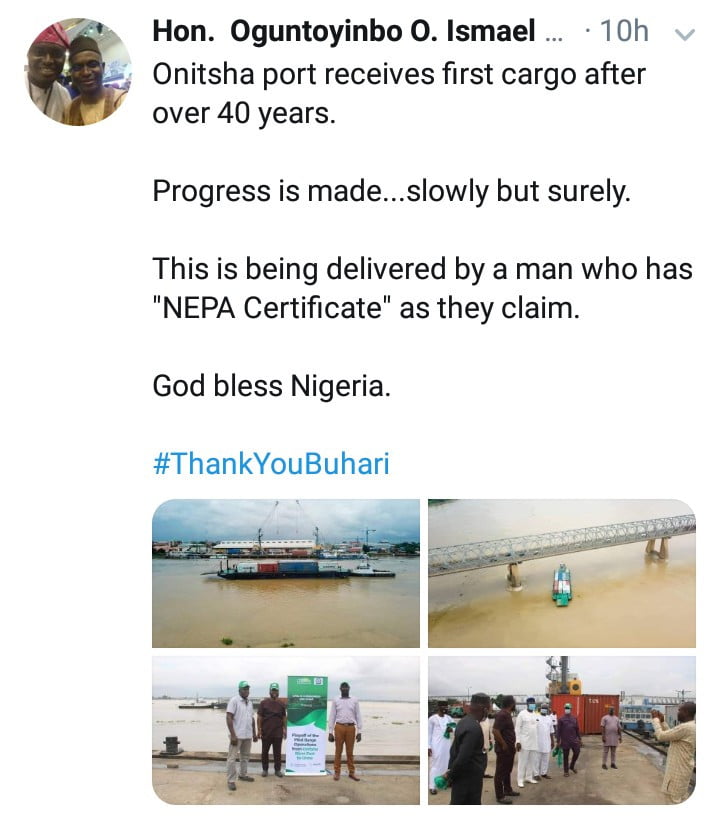 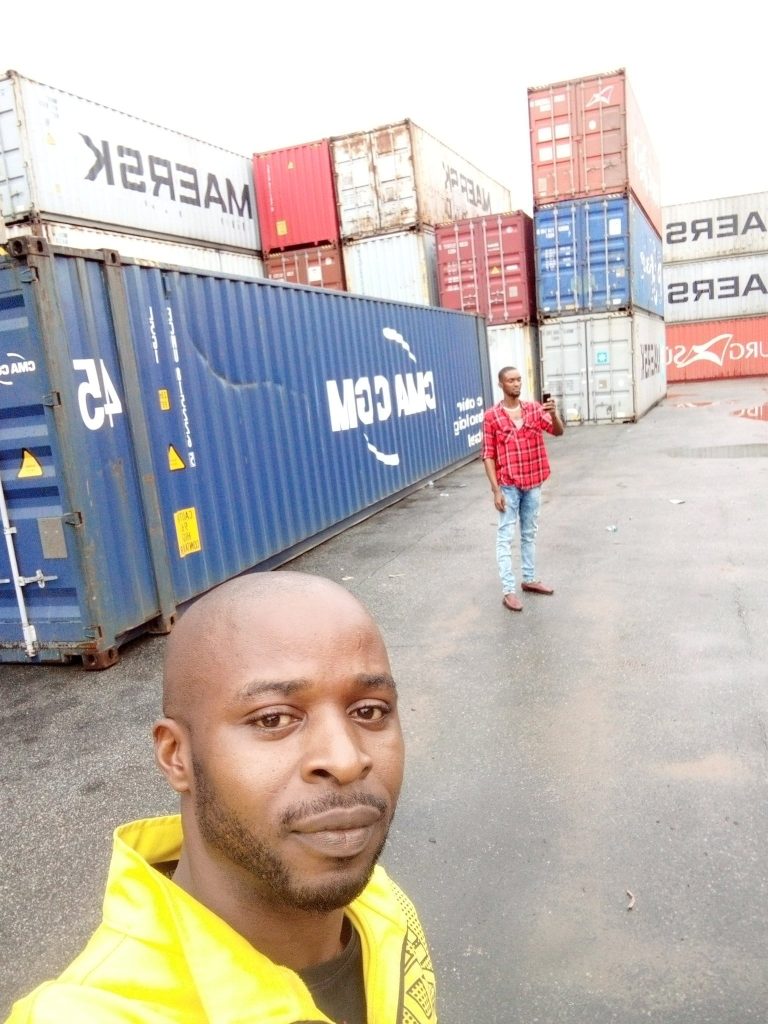 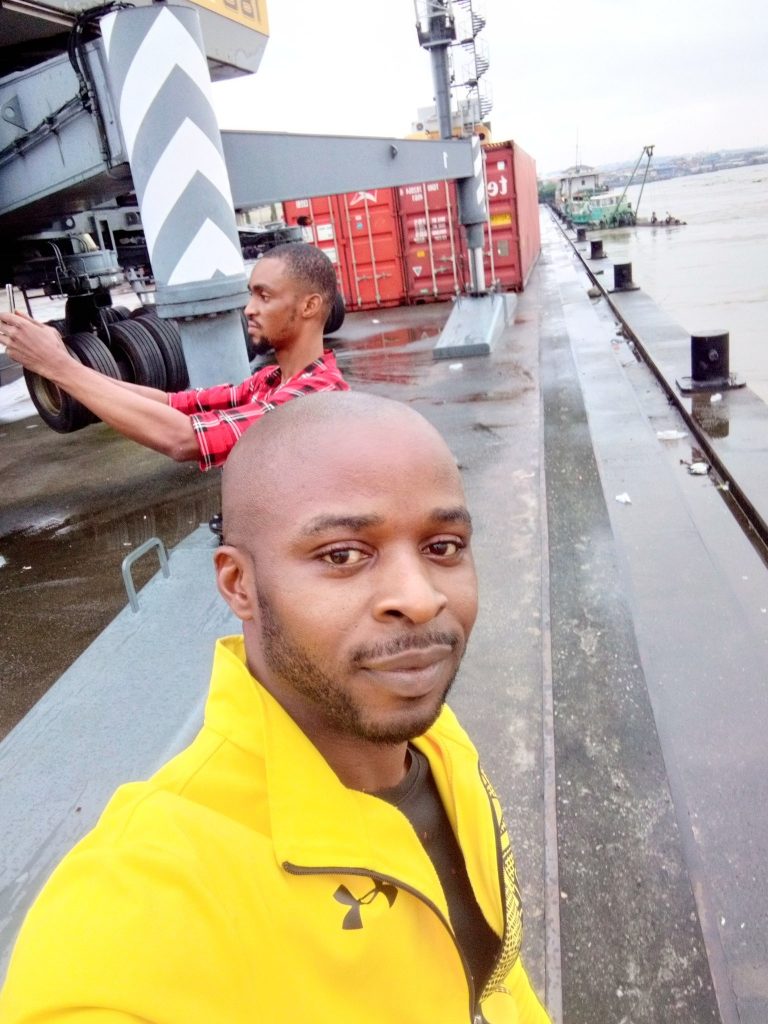 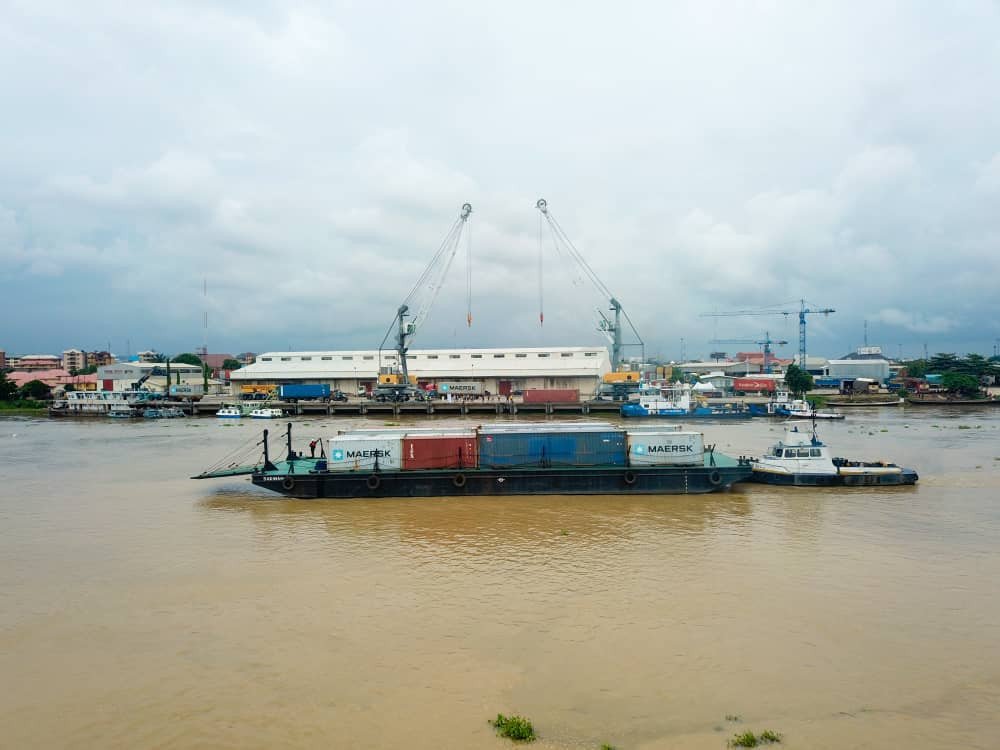 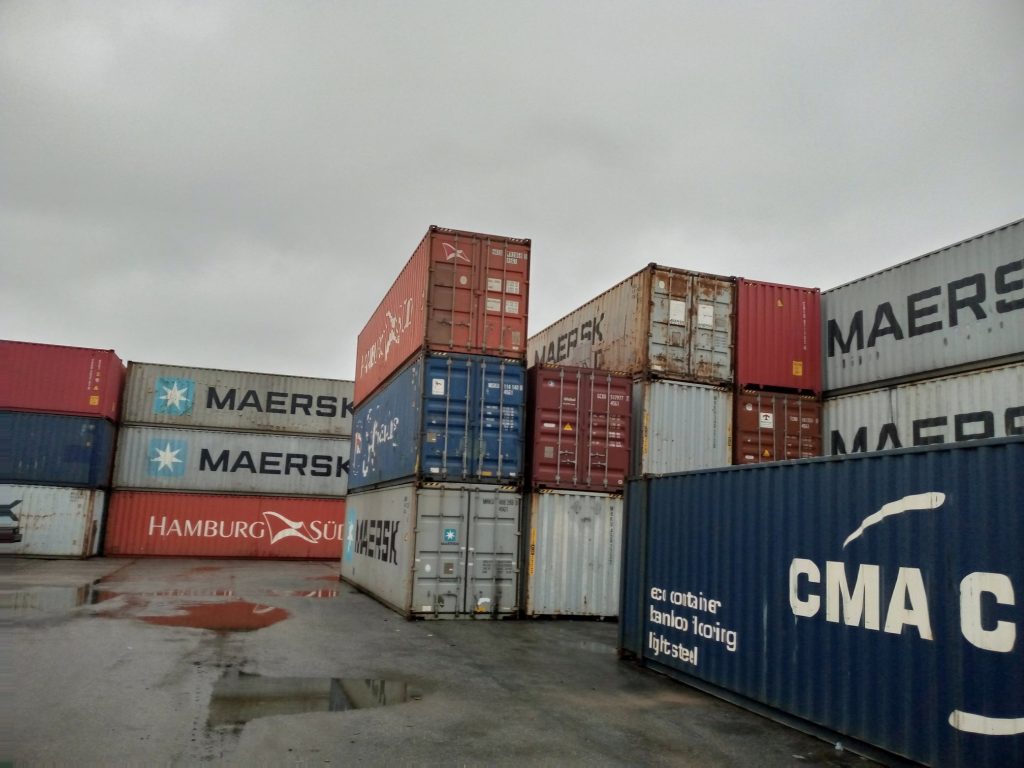