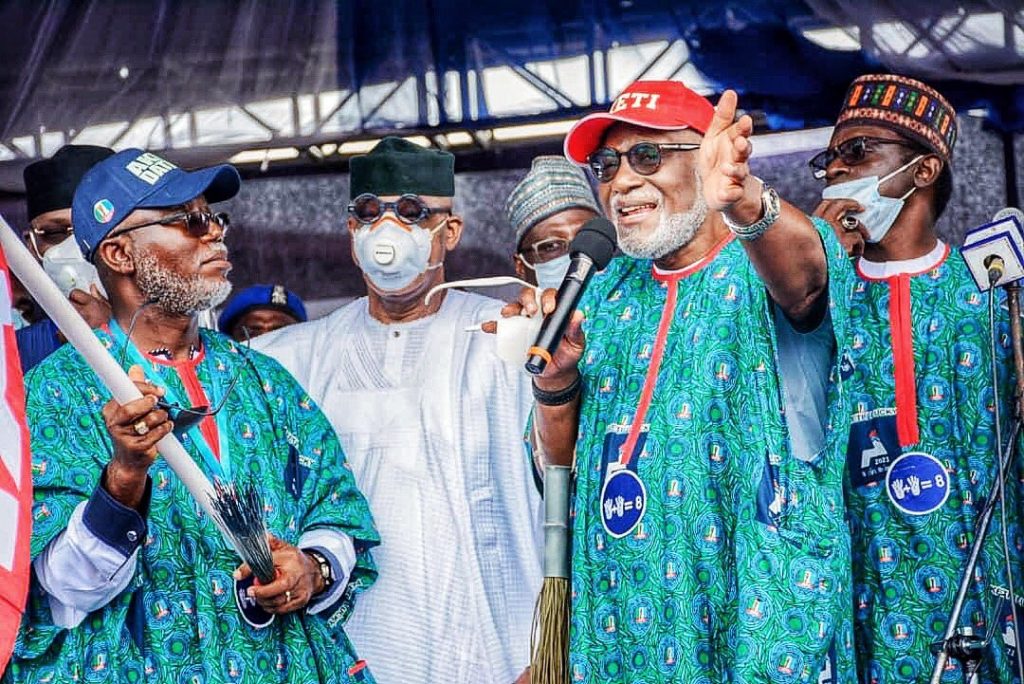 The ruling All Progressives Congress (APC) says it has solved its major problems in 11 troubled states.

Naija News recalls that the ruling APC has long been embroiled in internal strife at the federal and state levels, The leadership crisis has led to the suspension of the party’s national chairman, Adams Oshiomhole.

The caretaker chairman of the All Progressives Congress (APC), Mai Mala Buni at the swearing-in ceremony of the reconciliation committee in Abuja said the crisis had now been resolved in some of the states.

Buni on Tuesday swore in the mediation and campaign committee for the central and western Bayelsa State senate. Gombe State Governor, Alhaji Mohammed Inuwa Yahaya, will chair the committee sworn in by Buni.

Although he did not name the states, Buni said they had succeeded in bringing back senior APC members into the party because of their compromise.

The Deputy Senate President, Senator Ovie Omo-Agege, is the Deputy Chairperson of the Committee while Barrister Ekemini Cletus Udoh is given the position of Secretary.