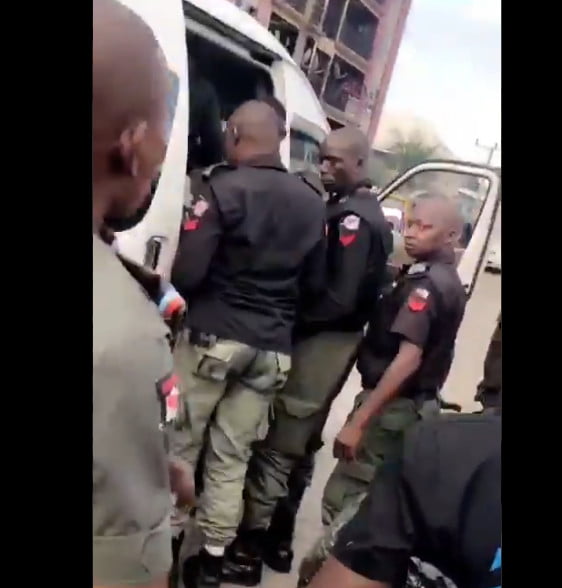 Rt. Hon. Obinna Chidoka, a member of the House of Representatives who represents Idemili North and South Federal Constituency, in Anambra State has narrated an awful encounter he had with some officers of the Nigeria Police Force who he described as unprofessional.

According to Chidoka in a Twitter thread on Monday, October 5, he ran into some police officers in road traffic along the Owerri-Obosi road brutalizing a man for allegedly splashing water on their driver.

He alleged that the officers gave him a share of the attack after he attempted to rescue the man from their hand to avoid further brutalization. Chidoka said he later got to know that the attacked civilian was from his constituent.

Chidoka explains further that the attack on him stirred up another chaos as some men of his constituents quickly mobilized themselves and wanted to launch a reprisal attack on the officers.

His account of the incident comes amidst growing public outcry for the Federal government to end police brutality and SARS brutality in the country.

Read the full tweets and video below as shared by the politician;

“I alighted from my car and immediately approached the scene of the violence, tried to stop the police officers from further assaulting my this young man that I later found out was my constituent only to be greeted with the greatest shock of my life, I got my own fair share of the attack.

The event quickly detoriated and almost escalated as some of my constituents seeing that I was being assaulted quickly mobilized themselves and wanted to launch a reprisal attack on these policemen.

I quelled the situation immediately and begged my constituents not to take the laws into their hands. You will recall that this is not the first time something like this is happening in my constituency.

The last such unprofessional conduct of some Policemen led to the death of two young men at Nkpor. I condemn all forms of police brutality in very strong terms and as your legislator, I will use the platform of the National Assembly to ensure my constituents and Nigerias in General are not brutalized by nefarious police officers that ought to protect us. I have made a formal complaint of this incidence and will follow it up. I urge all of us to be law abiding

As we cannot resolve such inhuman, uncloth and unprofessional actions by violence!

Meanwhile, the Delta State Command of the Nigeria Police Force has described as false the report that its officers shot to death a young man and went away his Lexus Jeep in Ughelli community of the state.