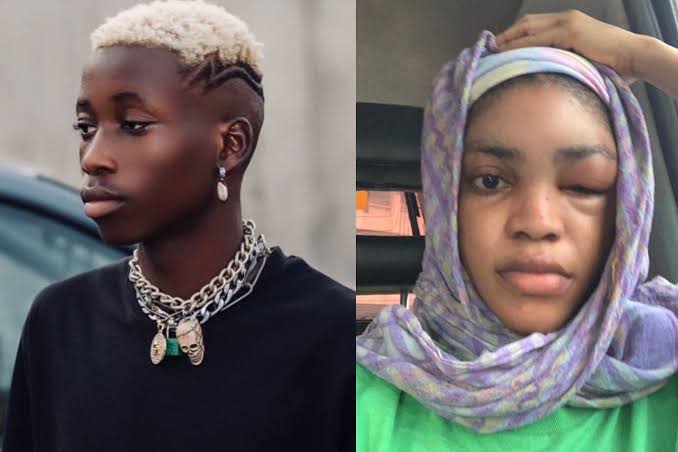 The appointment of up-coming Rapper, Sanni Goriola, popularly known as Lil Frosh, has been terminated by Davido Music Worldwide, following accusations that the rapper beat up his girlfriend.

The music label reacted in a press release today, after it claimed that it would never condone domestic violence.

Yesterday, Lil Frosh came under fire, after he was called out by Michael, the manager and brother of Frosh’s embattled girlfriend, Gift Camille.

In the press release, DMW said it conducted internal investigation and would not be associated with such acts.

It said “In light of recent allegations made against Mr. Sanni Goriola Wasiu a.k.a. Lil Frosh, we would like to state that as a record label, domestic violence is not a trivial matter and we will never support or condone such behavior.

“There is no excuse for the actions of Lil Frosh and we understand that there is nothing that can be said or done to take away the insensitivity shown.”

DMW added that it has with immediate effect terminated its contract with Lil Frosh and also ending all affiliations with the rapper:

“Upon internal investigations carried out by the label, we are left with no option than to terminate the recording contract that exists between the label and Lil Frosh, effective immediately. We hereby immediately severe all affiliations with Mr. Sanni Goriola Wasiu a.k.a. Lil Frosh.

Read the statement below: