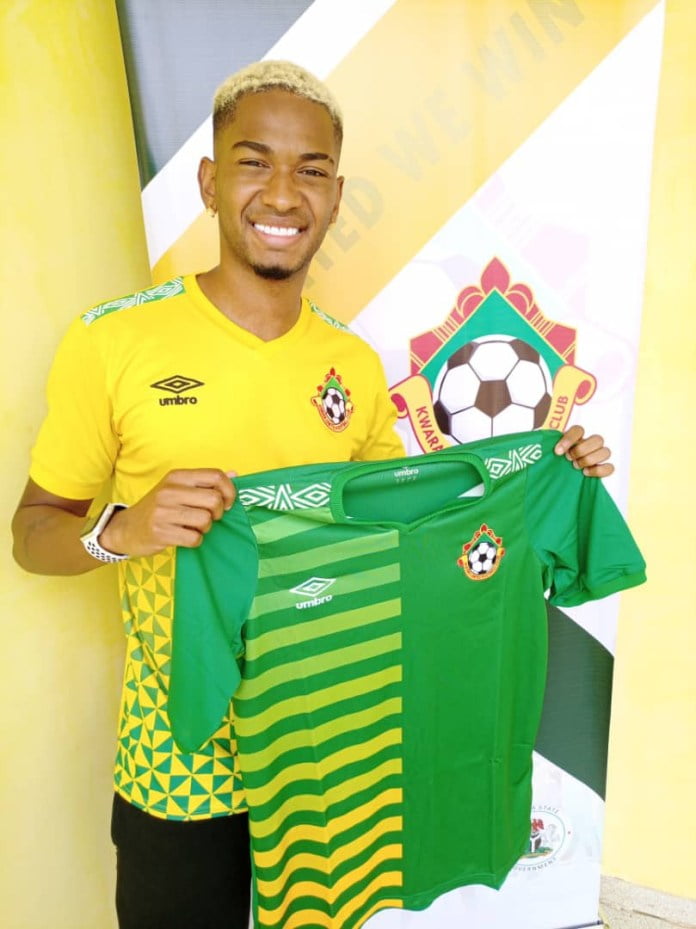 Kwara United The 25-year-old winger who previously played his trade with Seahorses LA in the US, was unveiled at a Monday ceremony at the club’s office inside the Kwara State Stadium Complex in Ilorin.

Alves expressed his excitement and commitment to giving his best to the club in the season.

“I am happy at joining Kwara United and I’m here to help the club achieve the goals and targets for the coming league season.“The environment here is cool and thanks to the club’s chiefs who have been making me feel at home since I came to Nigeria.”

See the Club’s tweets about Riberio below

@KwaraUnitedFC have unveiled Brazilian winger Ribeiro Alves, Lucas ahead of the coming @LMCNPFL. The unveiling ceremony was done on Monday morning, October 5, at the Club Secretariat, stadium complex, Ilorin. pic.twitter.com/JZokEKSOqj