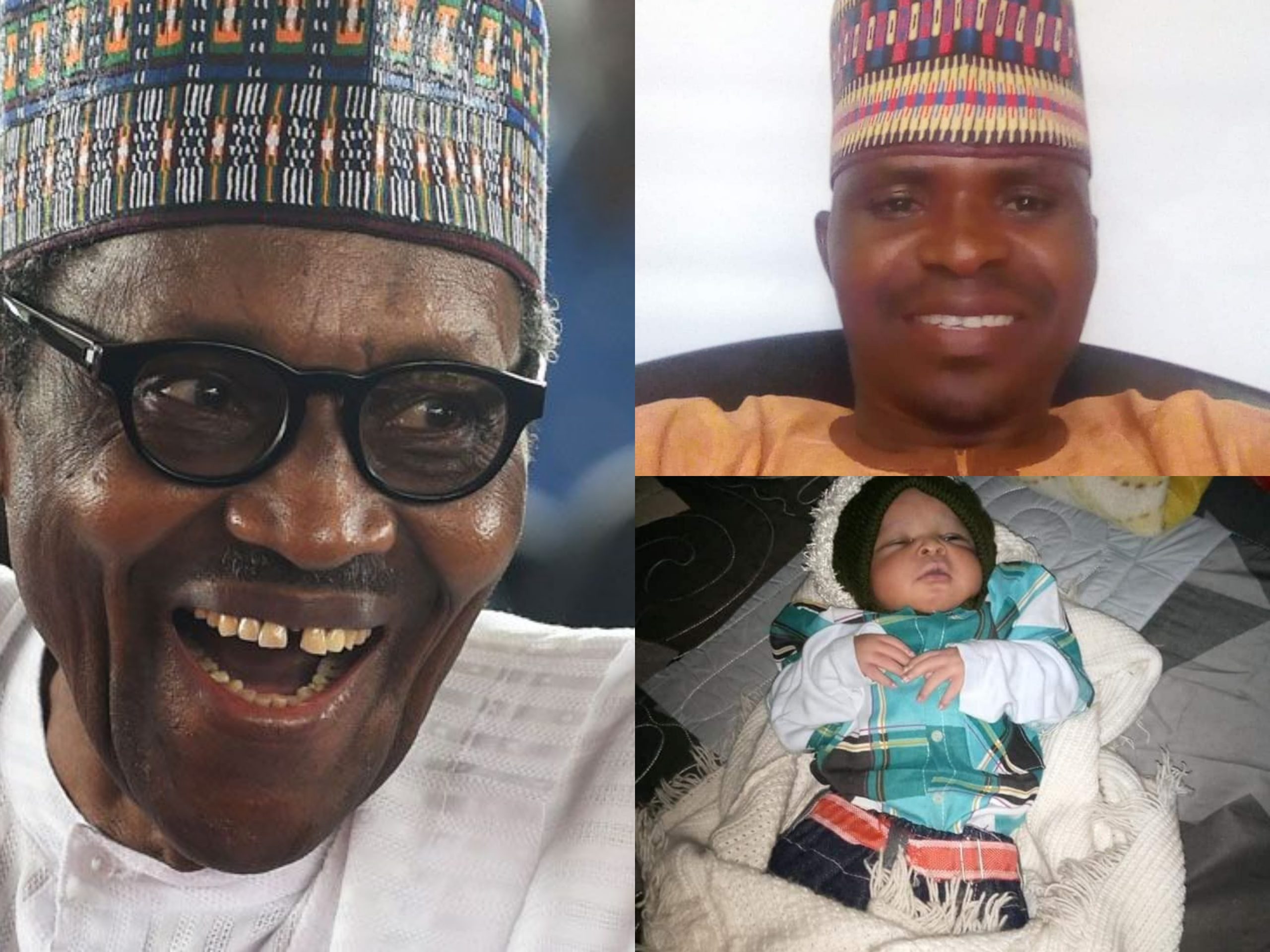 One Abdul Promise, a die-hard lover of President Muhammadu Buhari, has reportedly named his newborn child after the president as a sign of honour for the country’s number one in command.

According to one Kabiru Sarkin Adoh who disclosed the development on his Facebook account on Monday, October 5, Mr Abdul decided to name his son after the president because of the undying love he has for the leader.

Adoh explained further that Abdul the father of the newborn child gave his son Buhari following a decision by a Katsina indigene who changed his son’s name from Bubari to another name.

See the post below as written in the Hausa language.