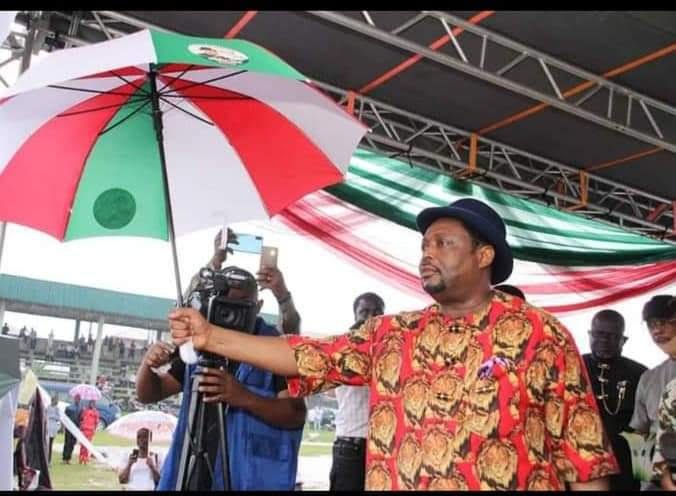 Dr Sampson Parker, a former Commissioner for Health in Rivers state, has dumped the All Progressive Congress to join the opposition party, Peoples Democratic Party.

Parker who is known to be an ally of the Minister of Transportation, Rotimi Amaechi, said it was a mistake for him to have followed the minister who was his former boss to the ruling party.

Naija News learnt that the former Commissioner stated this while declaring his interest to align with Governor Nyesom Wike.

It is understood that Mr Parker had held the position of a commissioner for health in Rivers State for 8 years under Amaechi, and the two had shared over 15 years of friendship. However, the former commissioner who led his followers to defect to PDP camp in Okochiri, Okrika Local Government Area of the State, noted that he is at peace joining the opposition party and that his conscience had no regret on the move.

“There comes a time in the life of a man when he is called by man and God to make decisions that are right but may not be popular. Those are pivotal times in the life of such an individual when he must look into the deep recesses of his heart,” said Dr Parker.

“He must consider what the judgment of posterity will be, the impact on his family, community and friends. Yes, when we get to those crossroads of history, we deemphasize self but rather pray that history and generations
unborn will be kind and understanding when they pass judgement,”

The former commissioner continued; “Like a man who has been on a long journey in a faraway land looks forward to coming home, so it is with me. This is homecoming from a long journey into the land of experience.The Odili political family shrunk when we journeyed to other places but this is the beginning of our comeback.”

Reacting to the development, Rivers State Governor, Nyesom Wike praised the former commissioner for taking such a bold step to return to his former Party.

According to Wike Dr Parker’s return to his former party would add value to the Party.

He said, “Dr. Parker was one of those God used alongside some of us to bring Amaechi in as Governor of Rivers State in 2007.”

“We thought that from that time, everybody will be united, but we didn’t know that some persons had different plans, but God’s plan is always the best. When I was leaving in 2012, I told Dr. Parker that things are not moving well and I am going. But he insisted that I should remain as there was need for us to continue to be together.

“But I am happy today that my friend and brother has realized what I told him then and has returned to the PDP,” the Governor added.