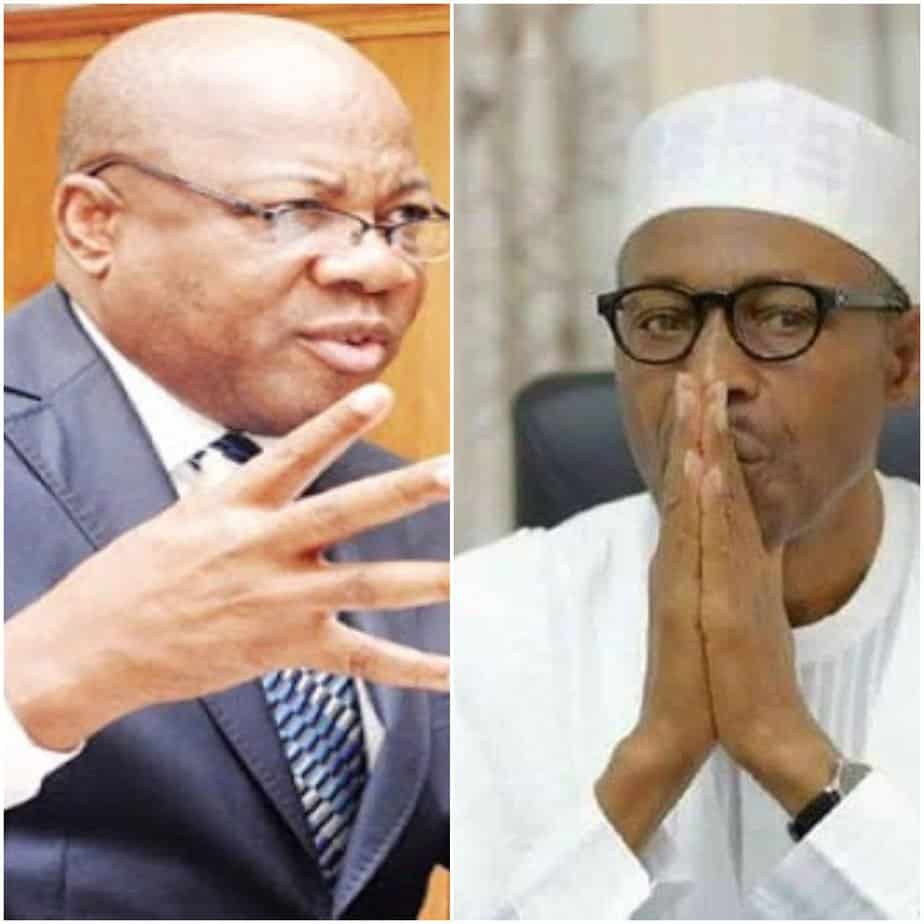 The lawyer noted that in the face of dwindling oil resources, it is imperative for the government to be pro-active in identifying and deploying new methods to raise funds.

Agabakoba in a statement made available to Naija News on Sunday, 4th October noted that while the current administration can be commended for the early release of the 2021 national budget estimates, how to raise revenue for the budget deficit of about 7 trillion naira should be a major concern.

He said; “I applaud your very early release of budget 2021 as it signals concern to reflate the economy. I note that fiscal and monetary policy is broadly harmonized but I wish fiscal policy was more expansionary. Nonetheless, there is a budget deficit of about 7 trillion naira so the big challenge is how to raise revenue.”

“Strategic Revenue Growth Initiative of Government is very timely. There are 5 critical elements of the initiative namely: Revenue Generation, Job Creation, Economic Growth, Ease of Process and Reducing Cost of Governance and Leakages.”

“This is necessary as Nigeria is faced with an unprecedented revenue challenge exacerbated by the Covid-19 pandemic and the crash in oil price.”

“I understand the SRGI is targeted at the Department of Petroleum Resources, the Nigerian National Petroleum Corporation, Office of the Accountant General of the Federation, Federal Inland Revenue Service, Nigerian Customs Service and Nigerian Ports Authority.”

To assist the government in its efforts at raising more revenue, Agbakoba identified three sources which he termed ‘soft economy’ which the federal government can explore.

He listed the sources as maritime industry, trade facilitation, and land administration. He explained that the sources provide many opportunities to realize enormous revenue and jobs.

Agbakoba added that a National webinar on his proposal with the “How Law can be a tool for Revenue Generation and Jobs Creation” will hold in October and will be opened by the Vice President, Prof. Yemi Osinbajo and Chaired by Mr Mustapha Chike-Obi.

“Some of the areas we are reviewing include the Maritime Industry which is the second-largest contributor of revenue other than oil. One area of great interest that can generate revenue is the Apapa port city. A recent report by a Dutch consultancy firm, Dynanmar shows that Nigeria loses N20 billion daily at the ports, which is 7.2 trillion yearly.”

“The second area that can also generate substantial income has to do with trade facilitation. Trade is Nigeria’s second-largest contributor to GDP but it is shocking that Nigeria lacks the critical and essential tools of trade facilitation which are vessels and airlines. So legislation is proposed to introduce the Nigerian National Shipping Line (NNSL) and Air Nigeria. If our local content policy and laws are implemented in terms of trade facilitation, Nigeria can generate over N20 trillion and 10 million jobs in 5 years.”

“The third area concerns land administration. A recent study shows that the housing inventory of Nigerian property probably exceeds $ 7 trillion but most of this is dead capital that cannot be used as collateral for financial transactions because they are not properly titled. Creating an efficient titling system by introducing a Land Use Administration Act will release a lot of revenue into the system. If it is properly done, estimates suggest it can generate N30 trillion over 5 years.”

“Looking at all these areas and without any serious study it shows that we are almost at N100 trillion. But with concerted deep study, it is possible to hit the N100 trillion mark. Government should explore new sources of revenue to close the budget deficit and grow the economy by enacting the Strategic Revenue Growth and Recovery Act'” he explained.