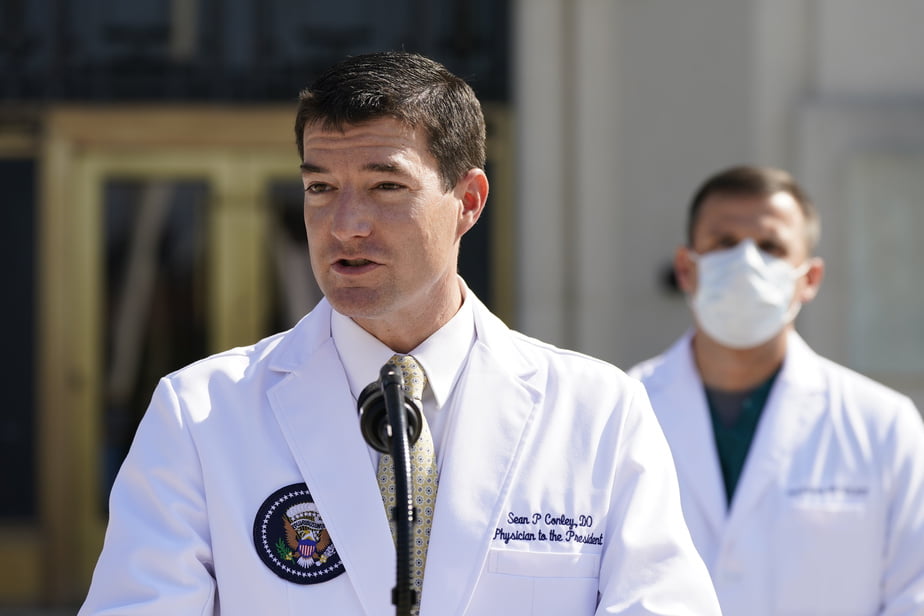 Donald Trump’s state of health, contaminated by COVID-19, continues to “improve” and he could be released from the hospital on Monday, his doctors said on Sunday.

“As with any disease, there are ups and downs,” he noted.

Donald Trump, 74, remains on the antiviral drug remdesivir, which prevents the virus from replicating, and has also been placed on dexamethasone, a corticosteroid drug used to treat severe cases, said Dr. Sean. Dooley.

“Today, he feels good, he is up and active,” added another doctor, Brian Garibaldi, during this press briefing. “Our goal for the day is to get him to eat, drink and keep him out of bed as much as possible so that he is mobile and continues to feel good.”

“Our hope is to get him out of the hospital tomorrow [Monday] and continue his treatment from the White House,” added Dr. Garibaldi.

Donald Trump, who is running for a second term on November 3, announced on the night of Thursday to Friday that he had tested positive for COVID-19 and has interrupted his campaign. Several members of his entourage are also infected, including his wife Melania.