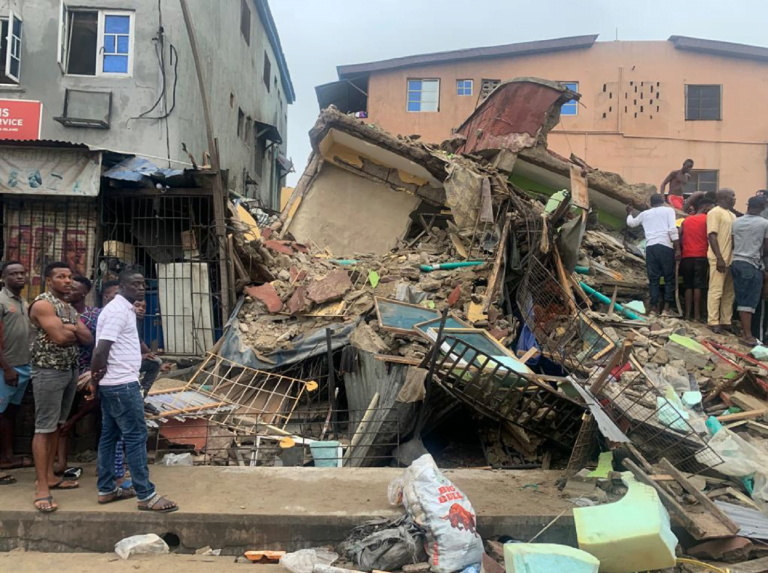 It was learnt that the building collapsed on Friday, after a heavy downpour.

A resident, Adamu Mubiro, told news men that they got lucky when they came out of the building, minutes before it collapsed.

Mubiro said, “When the rain started, we heard some sound from the building with four flats and some people came to warn the occupants to vacate the place.

“Less than ten minutes after they moved out of the building, it collapsed around 9am.”

The General Manager of the Jos Metropolitan Development Board, Kefas Yirlwang, who also confirmed the building collapse, however, said that no life was lost.

Yirlwang explained that the building was an old building.

He added that Immediately they were informed,  men were immediately deployed in the area and fortunately, there was no loss of life as the occupants were safely taken away.

Yirlwang further warned residents to steer clear of dilapidated structures to avoid such situations in the future, especially during the rainy seasons.