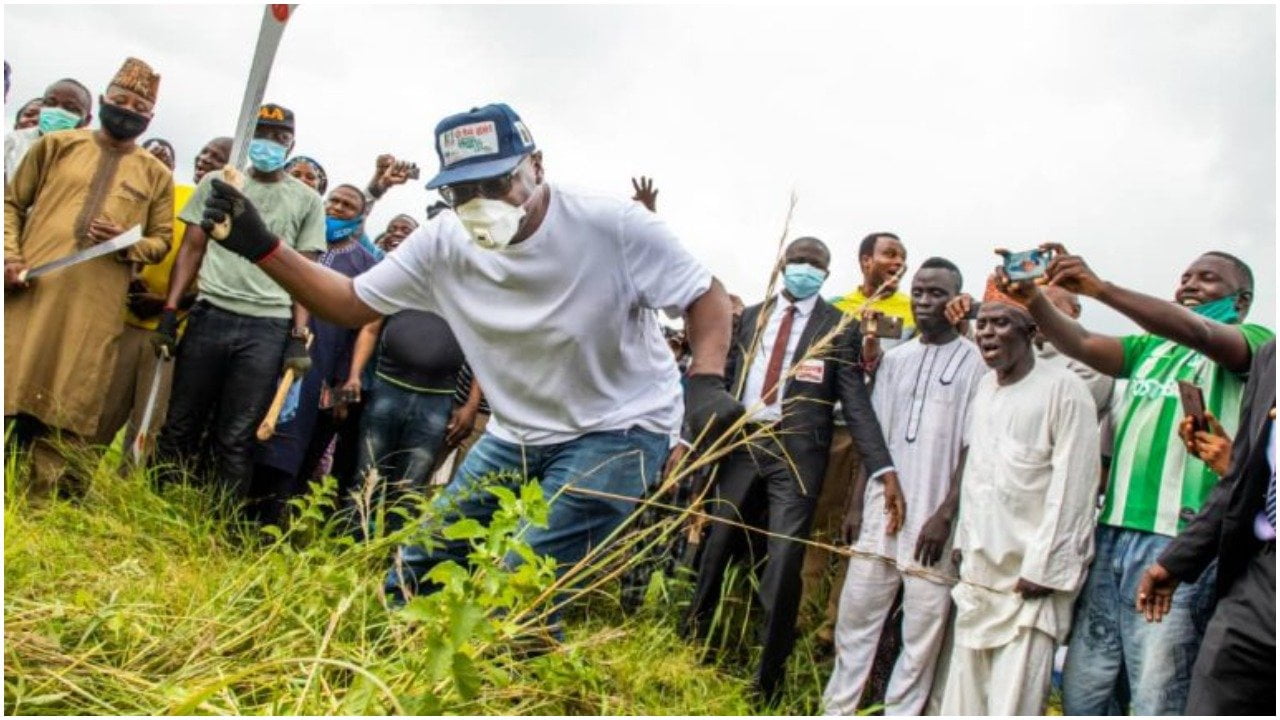 Governor Abdulrahman Abdulrazaq of Kwara State was on Saturday spotted clearing bushes in the environment of Mount Carmel College in Ilorin, the state capital.

The Kwara State Governor led other state officials to clear grasses ahead of the resumption of school on Monday.

Abdulrazaq in his statement noted that his action is aimed at inspiring people to take responsibilities for the government’s facilities located in their areas.

The governor arrived the school with a cutlass, accompanied by House of Assembly leader, Magaji Olawoyin, and Chairman, Environmental Task Force, AbdulRazaq Jiddah.

Abdulrazaq during the visit to the school also inspected parts of the school affected by the recent rainstorm.

“The message here is to emphasise self-helps and community contributions to public projects. When government locates a project in your community, such a community should take ownership.”

“My being here is to send the signal that nobody is too big to be involved in community work; we need to help ourselves. It is really no big deal to make things work”, he said.