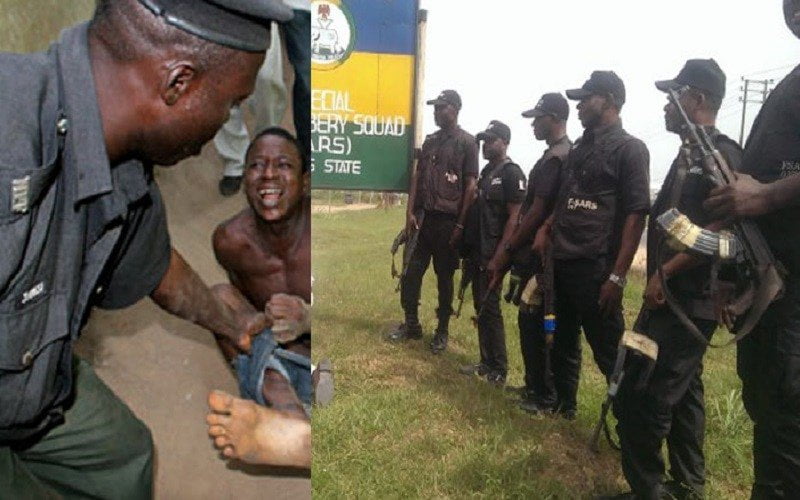 The Federal Government has condemned the activities of Federal Special Anti-Robbery Squad (FSARS) of the Nigeria Police Force (NPF) which has led to the deaths of many young Nigerians.

Naija News reports that the Federal Special Anti-Robbery Squad (FSARS) chased a young Nigerian to his death last month and on Saturday, October 3, it was reported that SARS  officials killed another young Nigerian in Delta State, southeast Nigeria.

It was learned that the SARS operatives allegedly shot the young Nigerian in front of Wetland Hotel, Ughelli in Delta State and left the scene, with the development resurrecting the clamour by Nigerians for the department of the Nigeria Police to be shut. Nigerians called for #ENDSARS in a series on tweets on the micro-blogging site, Twitter on Saturday.

Reacting to the recent activities of the SARS operatives which led to the death of the young Nigerian, the Federal Government through Sunday Dare, the Minister of Youth and Sports Development, says it will look into reports of harassment of young people by SARS operatives.

Dara in a statement issued on Saturday by his special assistant on media, John Joshua-Akanji, said he had been monitoring reports of the attacks by SARS, adding that relevant government agencies will investigate the incidents.

The Minister of Youth and Sports Development assured the youth that his ministry would continue to protect their rights.

“The ministry of youth and sports is worried about the menace, increasing harassments and attacks by SARS, especially targeted at youths and other innocent members of the public, and brought it to the attention of the relevant security agencies in Abuja,” the statement read.

“The minister of youth and sports development, who has also been monitoring the reports of alleged SARS harassment and attacks, has called for immediate investigations that will unravel the truth.

“The ministry wishes to assure that this government, through relevant security agencies, will step into the matter to protect our youth and the fundament human rights of every Nigerian.”