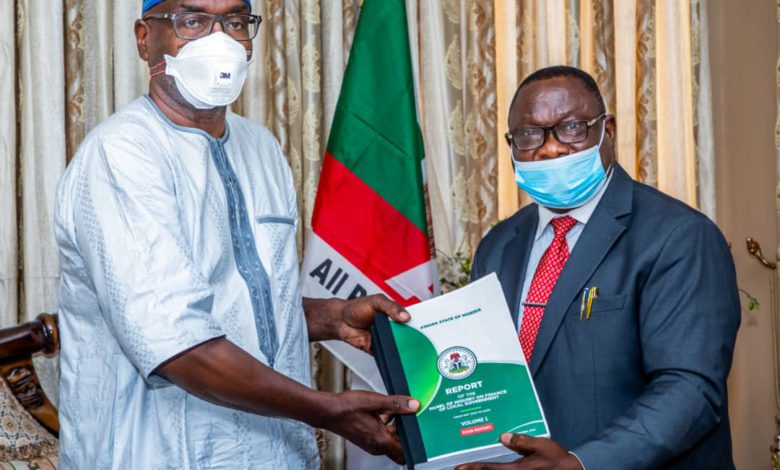 Judicial Panel of Inquiry on the finance of the 16 local government areas in Kwara state has said allegations that the State Government diverted or deducted N300m monthly from local government funds since May 2019 to date are false and baseless.

Submitting its report to the governor late Wednesday, the panel also said it found no evidence that the administration has borrowed to pay salary or pension since it was inaugurated on May 29, 2019.

“We want to state categorically that there is no evidence either oral or documentary to support the allegation of N300m monthly deduction from the local government funds by the state government. The allegation of such deductions is therefore baseless, unfounded and false,” its chairman, retired Justice Mathew Adewara said.

Justice Adewara said a total of 35 witnesses testified before the panel while several documents were produced and tendered by them. He said the panel also visited some of the local governments to see what projects they had done as had earlier been submitted by the Director of Personnel Management (DPMs) who appeared before them.

The report of the panel meanwhile has found that the state government “does not deduct money from the SUBEB account while salaries of teaching and non-teaching staff are paid as and when due from May 29 to date.”

Kwara State Governor, AbdulRahman AbdulRazaq, with members of the panel Adewara said the panel only received a memorandum from the Elite Network for Sustainable Development (ENETSUD), adding however that the questions the civic group raised in its memo were “all based on incomplete information sourced from the internet and social media.

“Meanwhile, all the grey areas have been thoroughly thrashed out to the satisfaction of Mr Suleiman Oladimeji (of ENETSUD), having been confronted with the documents earlier submitted to the panel by the Kwara State Ministry of Finance.”

The report meanwhile confirmed that the last administration took two separate loans in the name of the local governments: N4bn and another N1.6bn.

“The past administration obtained a loan of N4bn from a commercial bank for payment of two months arrears of salaries of local government staff. It was this loan that the Local governments were repaying at monthly instalments of N317m. The loan of N4bn has been fully repaid in September 2019.

“There is another loan of N1.6bn also obtained by the past administration while the repayment of the loan is ongoing and will terminate in August 2022. It means therefore that the present administration inherited the obligation to repay the loan.”