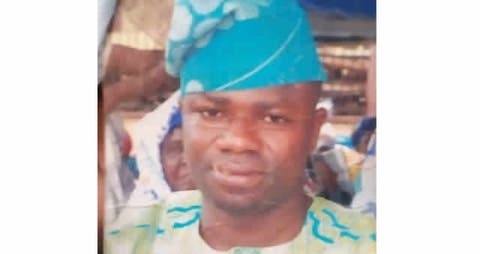 A family’s breadwinner, Rasaq Ogunleye, went missing about two months ago In Lagos, and he is yet to be seen.

Rasaq, who is into printing, left his house on Ayantuga Street, Mushin, Lagos State for Ikeja airport on July 28, 2020 to clear some items.

It was learnt that he reached the airport and was told that the products had not yet arrived.

The 43-year-old father of five, however, did not return home and could not be reached on his mobile since then.

After attempts to reach him proved abortive, the case was reported at the Olosan Police Station the following day, however, there were no clues on his whereabouts.

She said he told her that his was having an almost flat battery.

She lamented that the entire family has now resorted to prayers after every other official means to find him has failed.

She said, “He was with one of his cousins when I left home around 4pm that day. They were chatting outside our compound. I went to make my hair and do some other things because the next day was my birthday. He called me around 8pm and told me his phone was about to go off so that I would not be worried when I could not reach him.

She explained that when she arrived the house at 10pm he wasn’t around, adding that the children said he hadn’t returned.

Adesola said after several attempts to speak with him on phone failed, she assumed that he had a flat battery and waited for him at the balcony.

After waiting for an hour, Adesola said a neighbour joined her to search for him at a shop at a nearby street where he normally relaxed but they didn’t find him there.

She said, “It was around 11.30pm and the shop had closed. There was curfew then which started at 10pm. When we called the mobile written on the shop, the person said he last saw him around 6pm.’’

The woman said she called his cousin with whom he was with when she left home that day, but he told her that her husband told him he was going to the Nigerian Aviation Handling Company office at Ikeja airport to clear some items.

She added, “When we got there, they confirmed to us that he came but left as the goods had not arrived. We reported him missing at the Olosan Police Station. They collected his photograph and details. Police invited the man who owned the items and he told them he had no issues with my husband. The man had eventually cleared his goods at the airport.”

He went on to promise that the police would do everything to ensure that they find him.

He said, “We don’t know the man’s whereabouts up till now. The DPO (Divisional Police Officer) has been instructed to intensify efforts to see if we can get information on his whereabouts.”