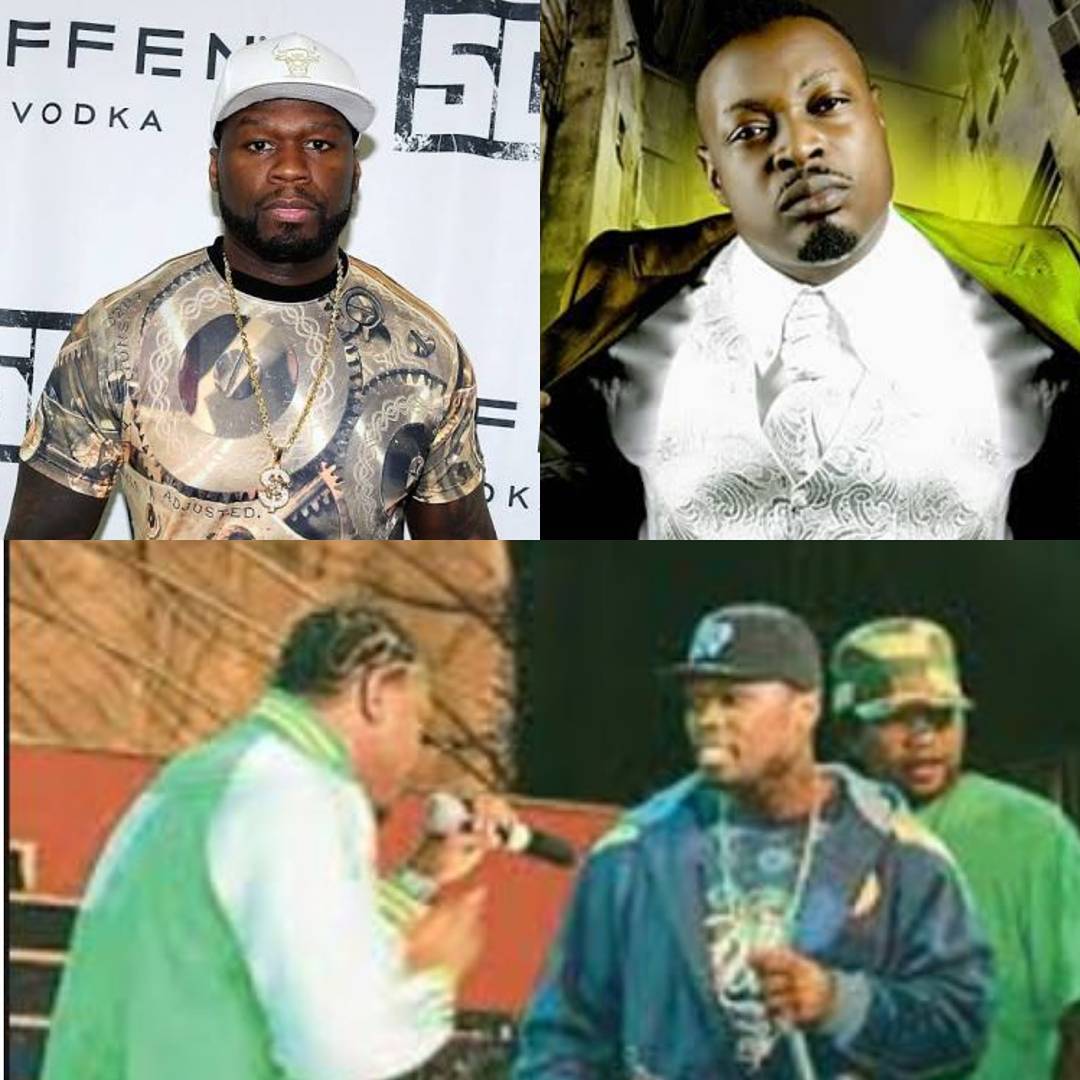 Nigerians rapper Eedris Abdulkareem has narrated what transpired between him and American rapper Curtis ’50 cent’ Jackson sixteen years ago.

Asked his unforgettable experience, Buck said although he couldn’t recall the artiste’s name but vividly remembered how he was while standing against the whole crew when asked to vacate the first-class seat for 50 cent during a show in Nigeria.

Reacting to the video, Eedris Abdulkareem explained that he stood up against the treatment he was getting by the organizers of the show.

He said: “I always try as much as I can to refrain from talking about this issues many a time when reporters and inquisitive fans pose questions about it, but for clarity sake, based on Young Buck’s statements on the matter in a now viral radio interview in the US, I will just lay down a few facts

‘In my contract with the organisers of the 4City concert tagged “Star Mega Jamz”, I requested for specific simple things which they agreed to vis; GIVE ME THE EXACT TREATMENT YOU ARE GOING TO GIVE TO 50CENT!

“If you’re giving him and his crew 50 bottles of any exotic wine or spirits, that’s what I and my crew gets.

“If you’re giving him first class, that’s what I get and same goes for every other thing including lodgings, logistics and the likes.

“All these were readily agreed to by the organisers without any qualms, only for them to turn around and started acting funny and playing smart without been clever!

“They breached our mutual and contractual agreements and threw caution to the wind immediately the Americans showed up in their mad haste to idolise the Americans while debasing, abusing and toying with our own homegrown music talents who were on that tour,” Eedris explained in a statement.

“Indeed, that was the old order, that was how they usually treat our indigenous artistes before Guinness Breweries brought the Haitian-American Superstar Wyclef Jean, a few months before the Mega Jamz.

“Everybody in the industry is aware of the undeniable fact that the Guinness show added a lot of value and color to our industry and brought some new vistas of hope and opportunities our way.

“There’s no gainsaying the fact that I refused to be used and abused that way, and I simply and most humbly demanded for what I deserved by sitting in one of the first-class seats on our way to Benin City.

“This event as narrated by Young Buck took place a day after the TBS Lagos show where 50’s explicit lyrics oozing sex and promoting violence caused a pandemonium, with people raping and wreck havocs everywhere.

“The matter was even made worst when his threw crispy N200 notes to the crowd, which some mistook for dollars and a mad rush started…well, this is different story for a different day.

“Back at the chartered aircraft, after waiting alongside every other participant for more than 2 hours for 50 Cent and his crew to arrive the airport, they came in and asked me in a very condescending tone and attitude to vacate the seat and go and seat in the economy class with the rest of the Nigerian acts, that the entire area was reserved for 50!

“This was done rudely while they were uttering profanities that are alien to our world, and being a proud and unrepentant African and son of my mother, I refused to be used as a mere rag and toy to be tossed around…and the rest is history!

“And that was when all the things Young Buck recounted started happening! I stood up to be counted for myself as a creative artiste and for all other creative artistes who had been serially used and abused, severally.

“I stood up for all creative talents who had been dishonored and spat upon!

“I knew it was a dangerous road to travel when I embarked on the journey, I knew it was going to affect me somewhat as some promoters and truth-haters would naturally gang up against me.

“Yes indeed, I knew the risks involved and so much more, but most importantly, I also knew that if I made that sacrifice, it will impact positively on the industry as a whole in the long run.

“So, I had to make the decision between self-preservation, in this instance, protecting my career and making my money without any care in the world or be myself and stand up against those usurpers and help build up a new and more viable industry where people get paid handsomely and respectfully for their talents!

“I took the second option…I staked my career and fought that battle…and once again today, the rest is history…

“So, when some young cats come out here and start disrespecting their elders and peers just because they are getting paid handsomely for their talents, they better check themselves before they wreck themselves”