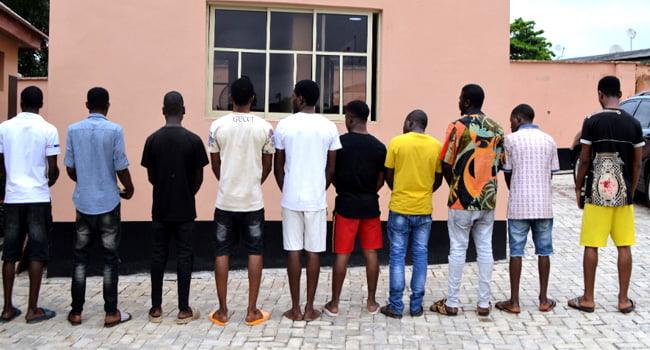 The commission disclosed that the suspects were arrested at Ajinde Road, Akala-Expressway, Ibadan in the early hours of Friday by men of the Commission from the Ibadan Zonal Office.

A statement by the EFCC zonal head of media and publicity, Wilson Uwujaren disclosed that the suspects were arrested by operatives after weeks of surveillance on their location.

It added that their arrest followed credible intelligence made available to the commission which it acted on.

The suspects will be charged to court as soon as investigations are completed.