The draw for the 2020 season UEFA Champions League group stages has been picked as all clubs get set for another dramatic season.

The draws were conducted on Thursday, October 1 in Nyon, Switzerland, Naija News understands. At the Thursday event, awards were also presented live and virtually to the UEFA Best Award winners which include club coaches, male and female players in Geneva.

As usual, all clubs were paired according to the pick from group A to group H, each group consisting of four clubs, Naija News understands. 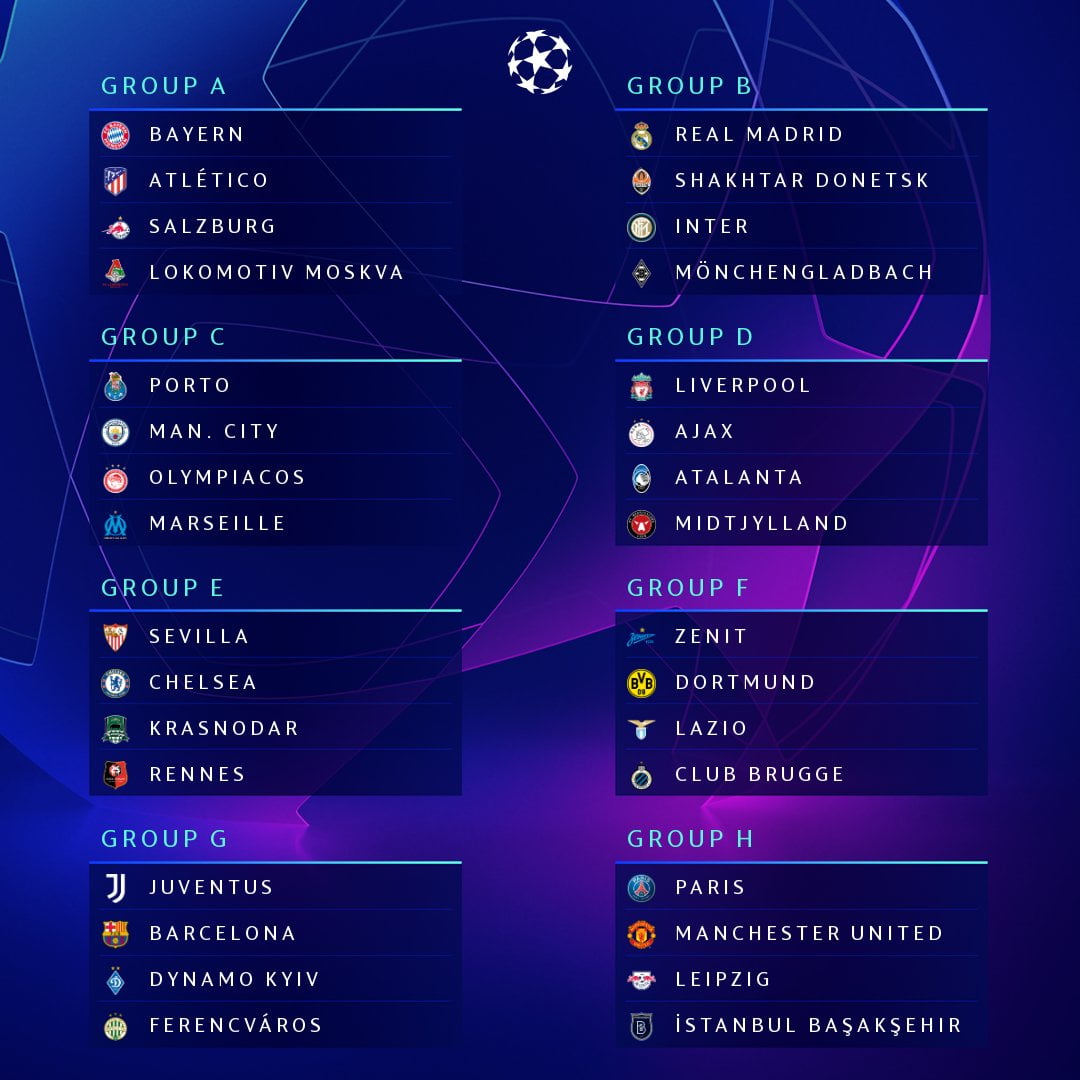