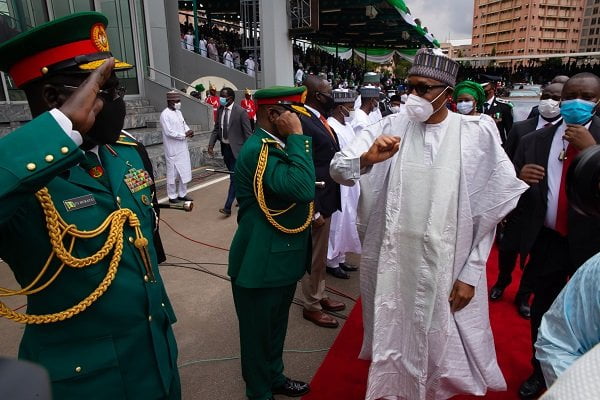 The performances, mostly military parades, and other entertainment show was staged at the Eagle Square in Abuja.

Buhari following his presence at the event was ushered to the soapbox to review the mounted parade after which he was escorted to inspect the guards in a parade in an open car.

The parade was made up of the nation’s Armed Forces, including the Army, Air Force, and Navy as well as the para-military forces.

It also witnessed a display of traditional dances and other performances by combined military and civilian artists.

The high point of the ceremony was the Nigerian Air Force display, which had to be scaled down because of poor weather conditions.

The flypast was led by two Agusta helicopters actively involved in combat operations, one of which bore the banner of the theme of the celebration.

The helicopters were followed in echelon by three Alpha jets used for air-to-air and air-to-ground combat operations such as ECOMOG, Northern Mali, Niger Delta operations.

The jets were followed by Air 39ZA also involved in operations in the North East and North West.

The Air Force explained the flypast was less elaborate than planned because of low clouds at the Eagle Square.

The event closed with the signing of the anniversary register by the President, who was accompanied to the signing table by his wife, Aisha; Osinbajo; Jonathan; Gowon; Senate President Ahmad Lawan, and Speaker Femi Gbajabiamila, among others. 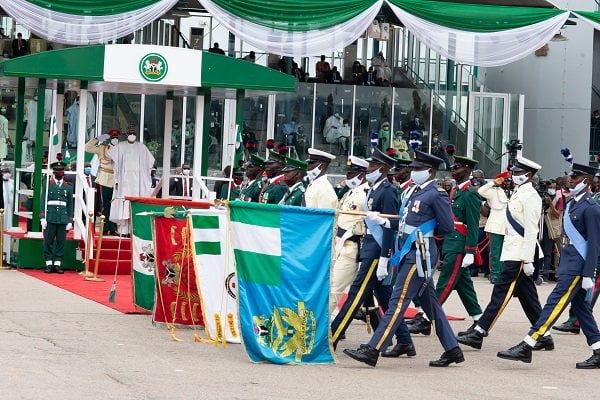 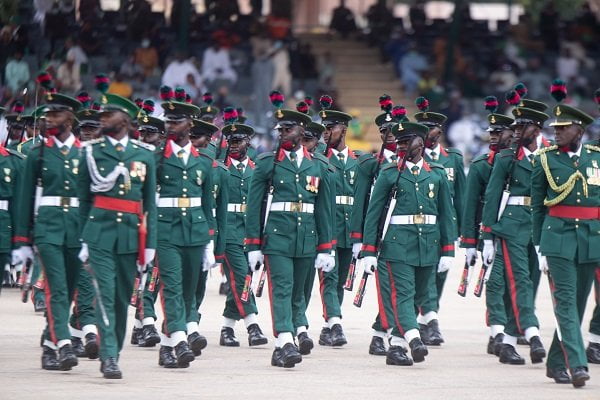 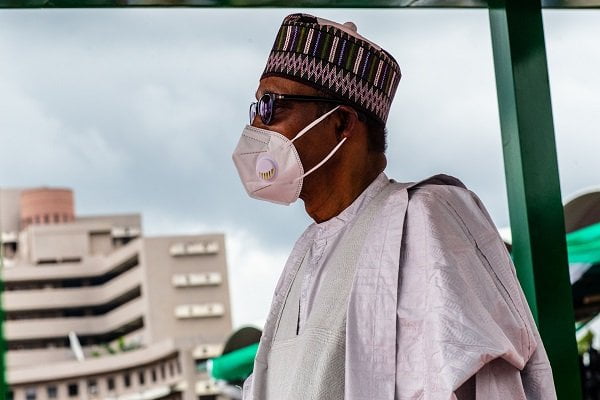 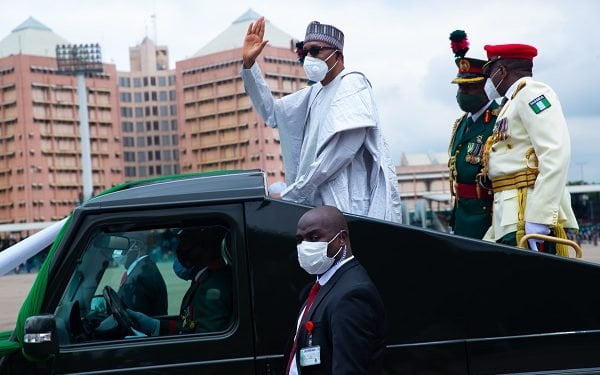 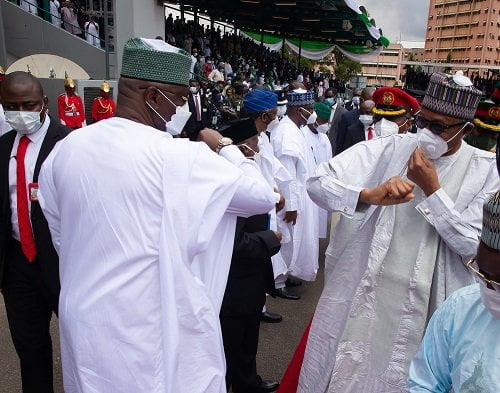 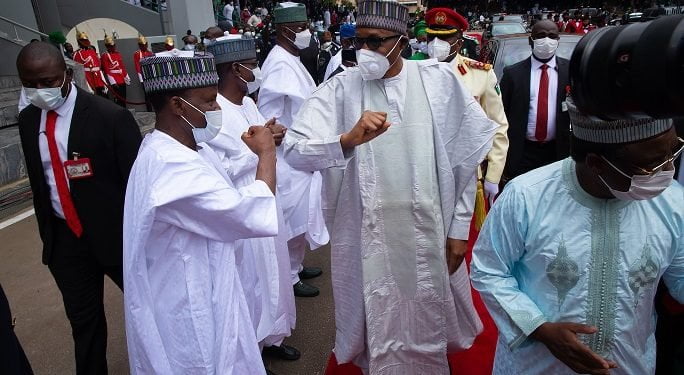