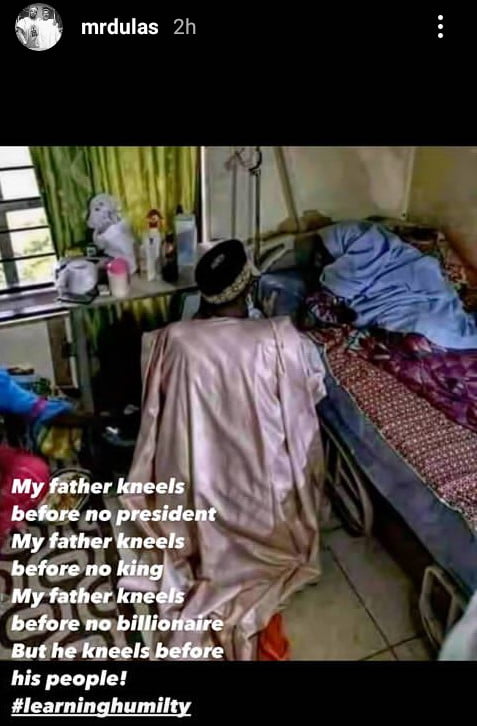 Bauchi State Governor, Bala Mohammed, in the early hours of today, October 1, visited some hospitals to pay bills for patients as part of efforts to celebrate the Independence Day in the state

His son has taken to social media to post a photo of the governor kneeling before a sick person.

His son, Abdullah praised him for his humility, saying father doesn’t kneel before Presidents, Kings, Billionaires, only his people. 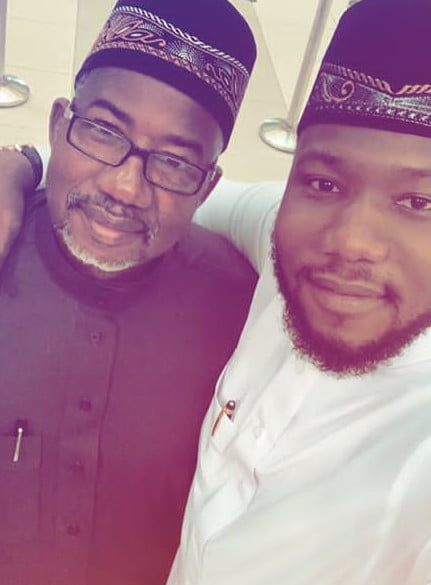 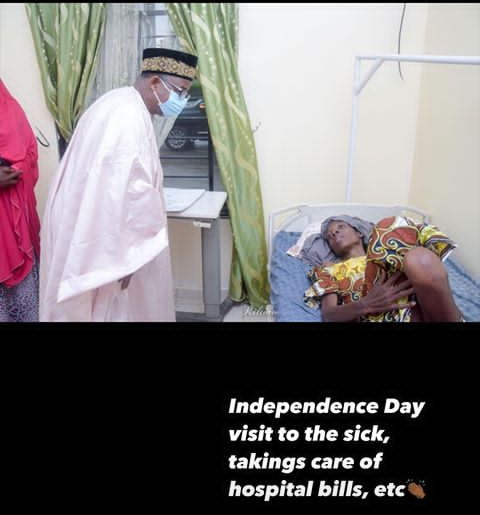