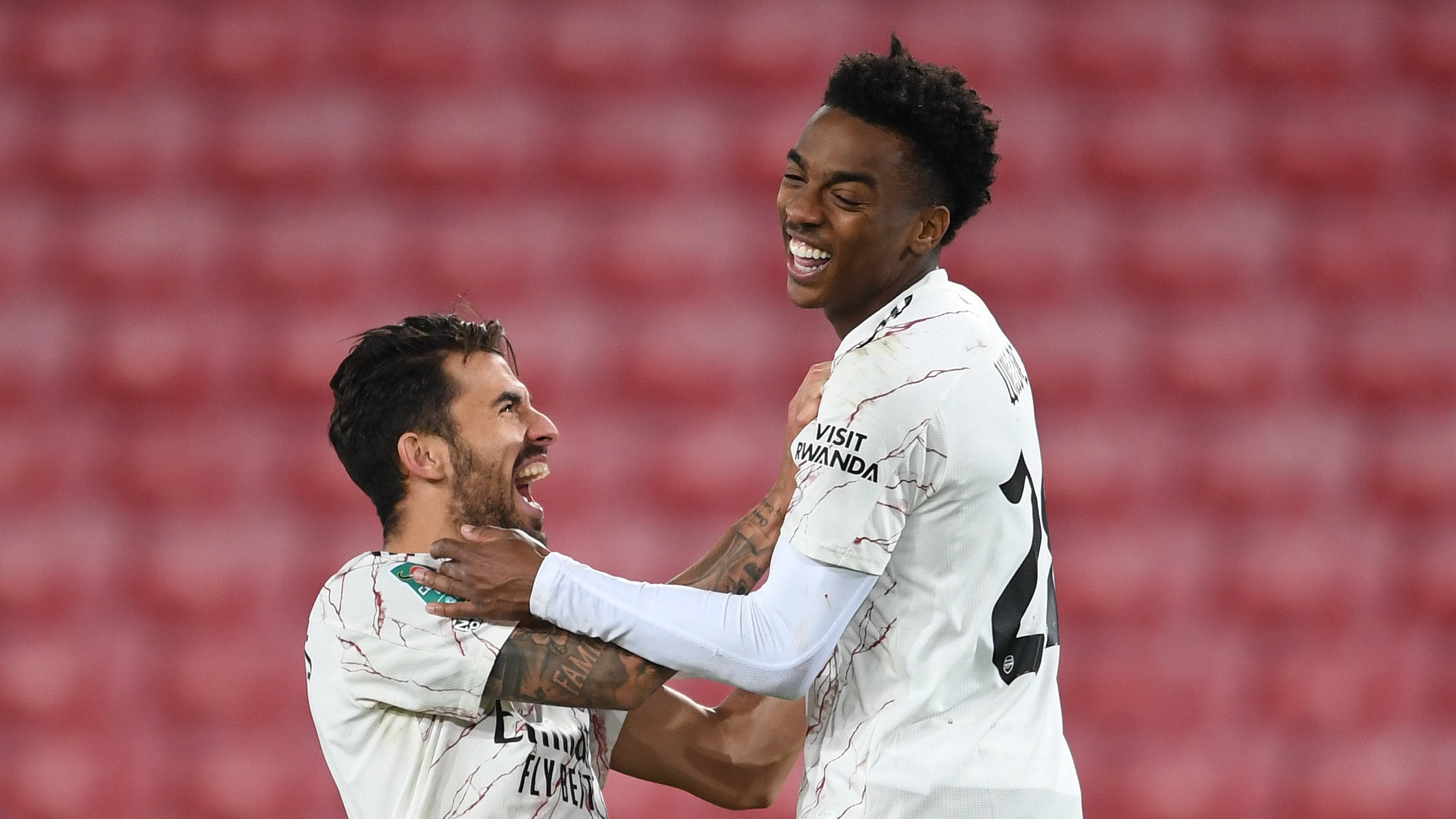 Premier League Champions, Liverpool FC has been sent out of the League Cup quarter-finals by their rival club, Arsenal FC.

The London club on Thursday night, October 1, defeated the Reds to 5-0 in a penalty shot out, Naija News understands. Arsenal had its luck on the champions after Bernd Leno saved two penalties in a 5-4 shoot-out following a 90 minutes goalless draw at Anfield.

Naija News recalls that Mikel Arteta’s side had beaten Jurgen Klopp’s side on penalties in the Community Shield earlier this season and yet make another win in the fourth round tie of the EFL Cup, popularly known as the Carabao Cup. Joe Willock netted the winning penalty kick for Arsenal after Leno saved Divock Origi and Harry Wilson’s kicks.

Meanwhile, Liverpool had beaten Arsenal to 3-1 in the English Premier League at Anfield on Monday, September 28, Naija News recalls.

In another news, Naija News reported that Arsenal winger, Bukayo Saka, has been handed his first senior England call-ups.

England on Thursday named the youngster in the squad for games against Wales, Belgium, and Denmark.