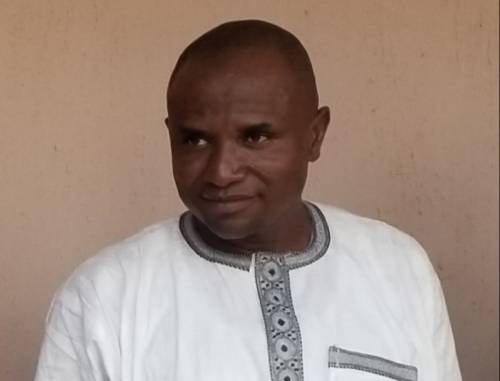 Sokoto State chapter of the Nigeria anti-graft agency, the Economic and Financial Crimes Commission, EFCC, has arrested and arraigned the Education Secretary of Sabon Birni LGA for allegedly withdrawing the sum of four hundred and twenty-nine thousand naira from the account of one Hassi Abdullahi.

Naija News understands that Ishaka Abdullahi was arraigned before Justice Malami Umar Dogondaji of the state high court on a six-count charge bordering on fraudulent withdrawal of money to the tune of N429,000 meant for school feeding programme in the state Lga.

Giving details on the fraudulent act, the Head of Media and Publicity of the commission, Wilson Uwujaren, said the commission’s findings revealed that Hassi Abdullahi who was appointed one of the cooks in the school feeding scheme died on March 18, 2019.

Uwujaren noted further funds meant for the programme were, however, channelled to her account with Union Bank (0077129142) from the HGSFP account, totalling N429, 000 which was fraudulently withdrawn by Abdullahi.

One of the charges against Abdullahi reads: “That you, Ishaka Abdullahi on or about the 16 November, 2018 at Sabon Birni Local Government Area of Sokoto State, within the jurisdiction of this honourable court, did obtain the sum of N135,000.00 (One hundred and thirty-five thousand naira) from Hassi Abdullahi’s account No. 0077129142, domiciled in Union Bank Plc by false pretence.”

The suspect, however, pleaded not guilty to the charge following which prosecution counsel, S. H. Sa’ad. He demanded a trial date and for him to be remanded in prison custody, while defence counsel, Ibrahim Abdullahi, begged the court to grant the defendant bail on the grounds that he was standing trial in the same court on a different charge.

On his ruling, Justice Malami Dogondaji granted Ishaka Abdullahi bail on the same conditions that were applied in the earlier charge for which he was facing prosecution in the same court and adjourned the matter till October 12, 2020, for the commencement of trial.

In another news, Naija News reported that an Oyo State High Court has sentenced a former bank worker to ninety-eight years (98) of imprisonment for allegedly converting millions of naira belonging to the bank she worked with to her personal use.