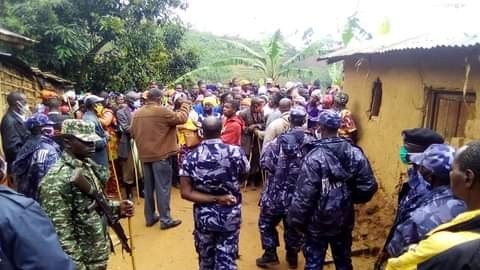 A 28-year-old man in Uganda has reportedly murdered his parent, wife, sister-in-law over a land dispute.

According to reports, the young man who is a resident a resident of Kageyo, a village in Busengo parish Nyarubuye sub-county, hacked the mentioned set of people to death on Thursday, September 24 and thereafter reported himself to the police.

It was reported that the suspect whose name is given as Gerald Ndikumukiza, handed himself to the police on Sunday, September 27 after he had hacked to death his wife, Maserina Mujawimana, 26, his father Deogratious Sebitama 80, his mother Bonconsira Nyiraguhirwa (75) and Joan Nyiramahoro, his sister-in-law who is only 20.

Naija News gathered that Ndikumukiza after using matche to killed his family members, went into hiding, but left a written letter at the scene of crime with the words “Icyo mwashakaga mwakibonye” a Kifumbira statement meaning “what you wanted you have seen it”.

The suspect subsequently reported himself at the Kisoro Central police station and narrated to officers on duty of his devilish act. According to him, he reported himself for the feared of being lynched by locals.

See below some photos from the scene of the incident; 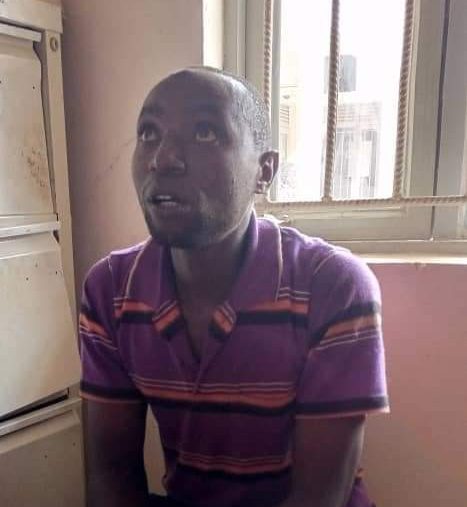 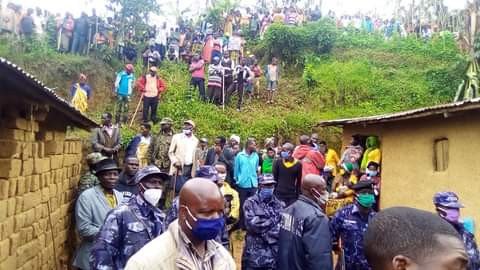 Confirming the incident, Kigezi Region Police spokesperson Elly Maate, on Tuesday, September 29, said that the suspect further confessed to the police that he murdered his family members over land dispute, adding that the family gave him a piece land on a steep slope where he couldn’t construct a house.

According to Ndikumukiza’s confession, he had gone to Masaka to look for money to purchase his own land but could not get the money, which stirred his anger to kill his relatives.

Speaking further on the suspect’s act, Maate revealed that Ndikumukiza had some time back exhibited lunatic tendency and will first be taken to hospital for mental examination.

Meanwhile, some officers of the Nigeria Police Force in Delta State has reportedly broken a middle-aged man’s head for allegedly demanding to see the warrant for his arrest.