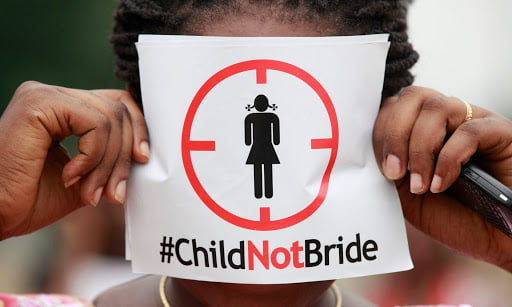 A teenage girl has reportedly fled from her parent in Plateau State to break free from early age marriage allegedly organised by her father.

Naija News learnt that the 15-year-girl fled from her home town to Ekiti State on Thursday, 17 September 2020.

According to a statement made available to newsmen on Monday, September 28, by the Publicity Secretary of the Federation of Women Lawyers in Ekiti State, Lola Aluko, the young girl moved in with her brother who is identified as Adamu, to escape the alleged planned marriage.

Aluko, in the statement titled, ‘Teenager flees home in an attempt to escape child marriage’ the victim visited the group’s office on September 22 to report her challenges.

“Calls were put through to her brother, requesting him to be present at a scheduled meeting on September 23, 2020. The girl was then taken to a secret home (a FIDA shelter) to spend the night,” Aluko said.

The statement reads further, “On the day of the scheduled meeting, the minor was brought from the home to FIDA’s office. Her brother, Adamu, came and from the information he gave, their father had effected the arrest of a man in Plateau State, claiming that the man sponsored her trip to Ekiti.

“Even though the man was released the following day, the girl’s father threatened to re-arrest the said man if she did not return to Plateau State on Monday, September 28, 2020.

“FIDA swung into action, called the National Human Rights Commission, Ekiti State branch, which then linked us with the Plateau branch. We called the Plateau branch, gave them a summary of the case, and we were assured that they would take up the case and ensure that the man is safe.

“Her brother was made to sign an undertaking that the minor will report at our office every Wednesday by noon for counselling,” Aluko added.