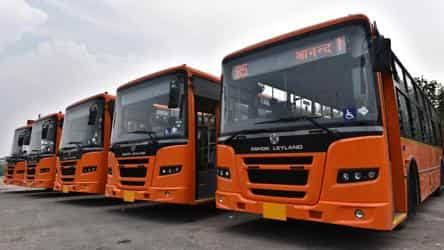 The modalities for the disbursement of 2, 000 buses aimed at cushioning the effects of subsidy removal, has been set up by the Federal Government today.

This was disclosed by the Minister of Special Duties and Intergovernmental Affairs, Dr George Akume, while delivering his speech at Inter-Ministerial Stakeholders meeting on Poverty Alleviation.

He said the disbursement of the buses would be through cooperative societies of Nigeria, while recalling that it had been promised by President Muhammadu Buhari in his 2019 democracy speech, that he would m lift 100 Nigerians out of poverty through numerous governments` initiatives.

“The alleviation of poverty in Nigeria has been and always remains a cardinal agenda of the Administration of His Excellency, President Muhammadu Buhari.

“You will recall that Mr President in his 2019 Democracy Day address said, With leadership and a sense of purpose, we can lift 100 million Nigerians out of poverty in 10 years, “ Akume said.

Akume explained that the difficulties encountered by the recent deregulation of the downstream sector which was aimed at putting the economy on sound footing, also called for need for such initiative.

Sen. Gbemisola Saraki, Minister of State for Transport who also spoke at the event, highlighted the importance of the programme.

She said it would ease transportation challenges among the rural farmers in particular.

“The full impact of increasing agricultural productivity would not be realised until we can eliminate the farm-gate and in-transit losses that eroded up to 70 percent of the gains,” she explained.

In his contribution, Mr Abubakar Jibril, Chairman of the Federal Director of Cooperatives assured Nigerians that the cooperative platform would follow the structure of cooperative system operating in Nigeria.

Jibril added that the collation system would be from the grassroots to the national level.