Minister of Justice and Attorney-General of the Federation, Abubakar Malami, has been accused of allegedly planning to manipulate a Supreme Court ruling on the of the Bali/Gassol Federal Constituency elections in Taraba State.

Further information revealed that Julde allegedly paid a bribe to the APC and his name was forwarded to the Independent National Electoral Commission instead of Mubarak’s name.

This saw Mubarak filed a suit to challenge the decision of the APC in suit No FHC/JAL/CS/17/2018 at the Federal High Court in Jalingo.

The court in its ruling directed the APC to submit Mubarak’s name to contest for the Bali/Gassol Federal Constituency seat because he was the original and legal winner of the primaries.

The judgement of the Court was appealed by Julde at the Court of Appeal in Yola, he called on the court to allow him to contest the election and it was awarded in his favour, throwing out Mubarak’s case.

Mubarak, thereafter took the case to the Supreme Court, which set aside the ruling of the Court of Appeal and affirmed the initial judgment on June 3, 2019 after the National Assembly elections had been concluded.

Following the judgment, the Independent National Electoral Commission withdrew the certificate of return issued to Julde and issued it to Mubarak, prompting Julde to seek a review of the case before the apex court.

Julde claimed the Supreme Court ruling nullifying his election did not stipulate that his certificate of return be withdrawn and asked the court to compel INEC to reissue it to him.

It was reported that Julde having noticed that he would lose the case wrote the supreme Court to withdraw his request for review of the judgment but the case was continued at Mubarak’s instance.

The Supreme Court affirmed its earlier ruling confirming Mubarak as the winner of the electoral seat and asked Julde to pay him N500,000 for wasting the court’s time and abuse of court processes.

Following the conclusion of the case, Malami wrote an opinion to the court, saying that the certificate of return should be given instead to Julde, who is his neighbour in the sprawling suburb of Gwarimpa in Abuja.

Sensing that the AGF’s illegal meddling would have an adverse impact on his already concluded case, Mubarak went back to the Federal High Court in Jalingo, asking the court to restrain INEC and the National Assembly from acting on Malami’s opinion.

A source which spoke with SaharaReporters noted that the AGF was now finalising plans to transfer the case to Abuja.

It was further gathered that he was planning to assign the case to a federal judge so that he can influence the case to favour Julde. 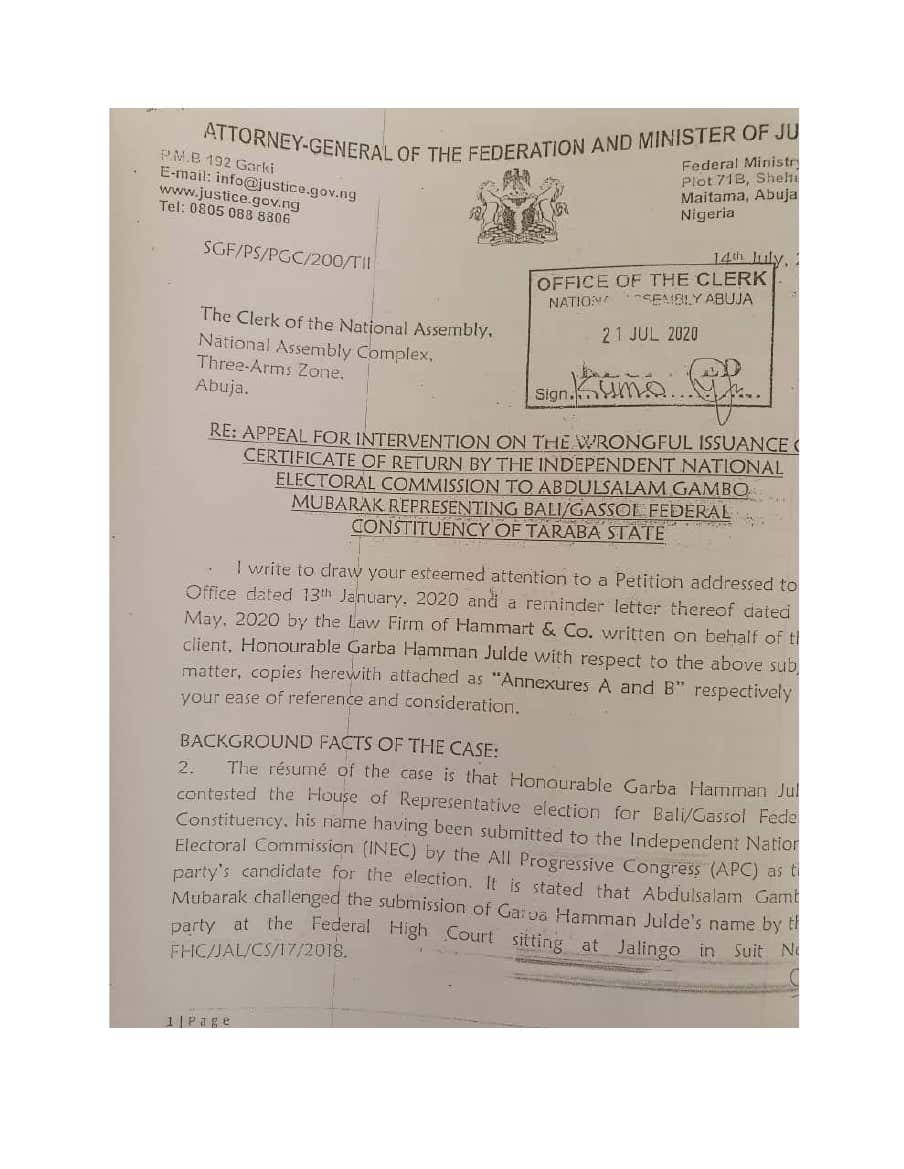 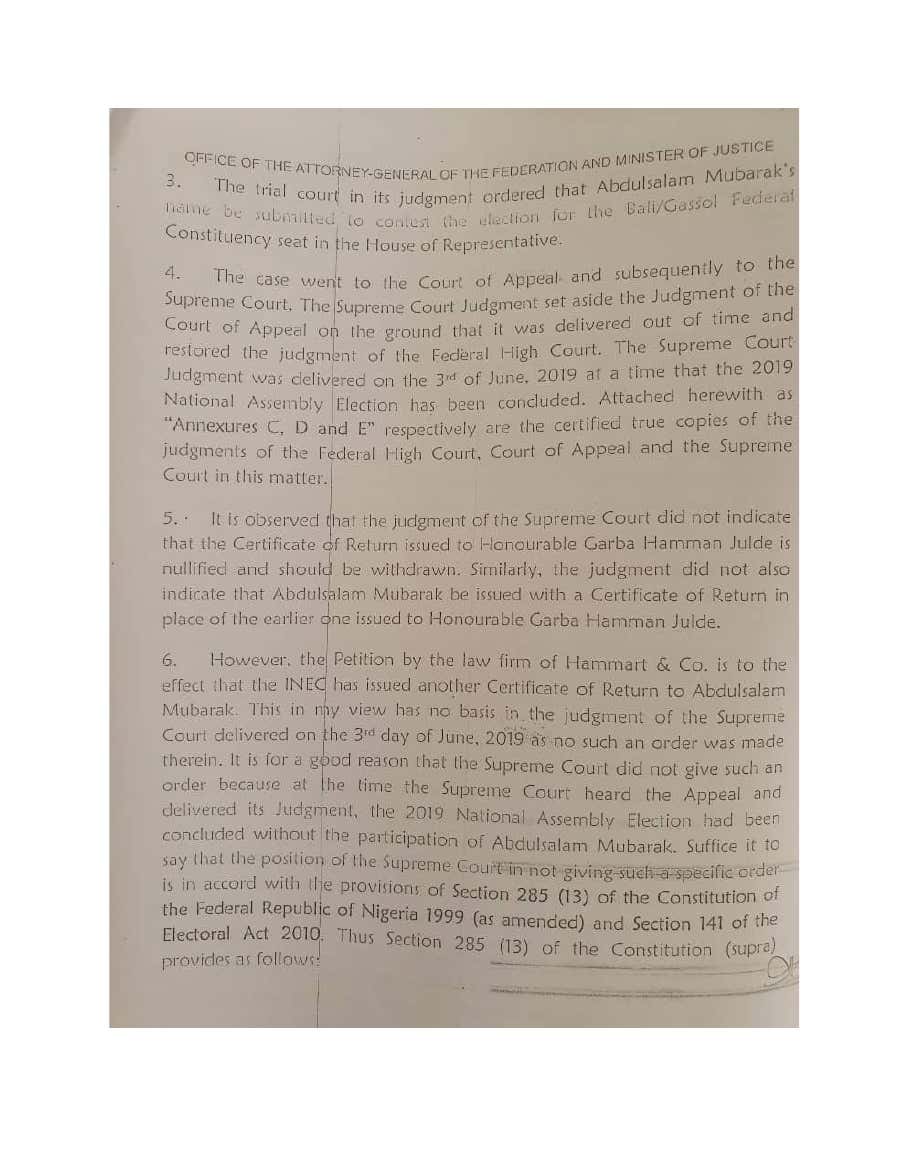 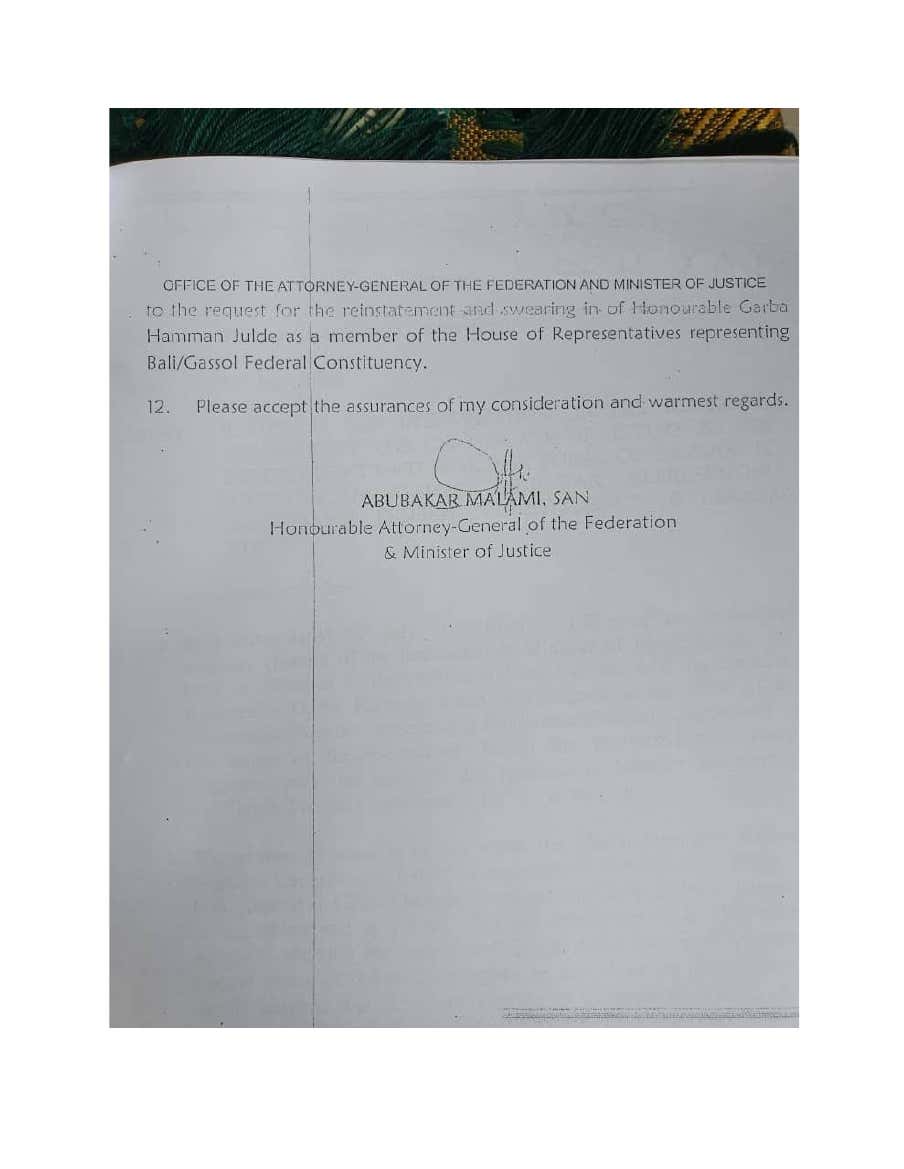 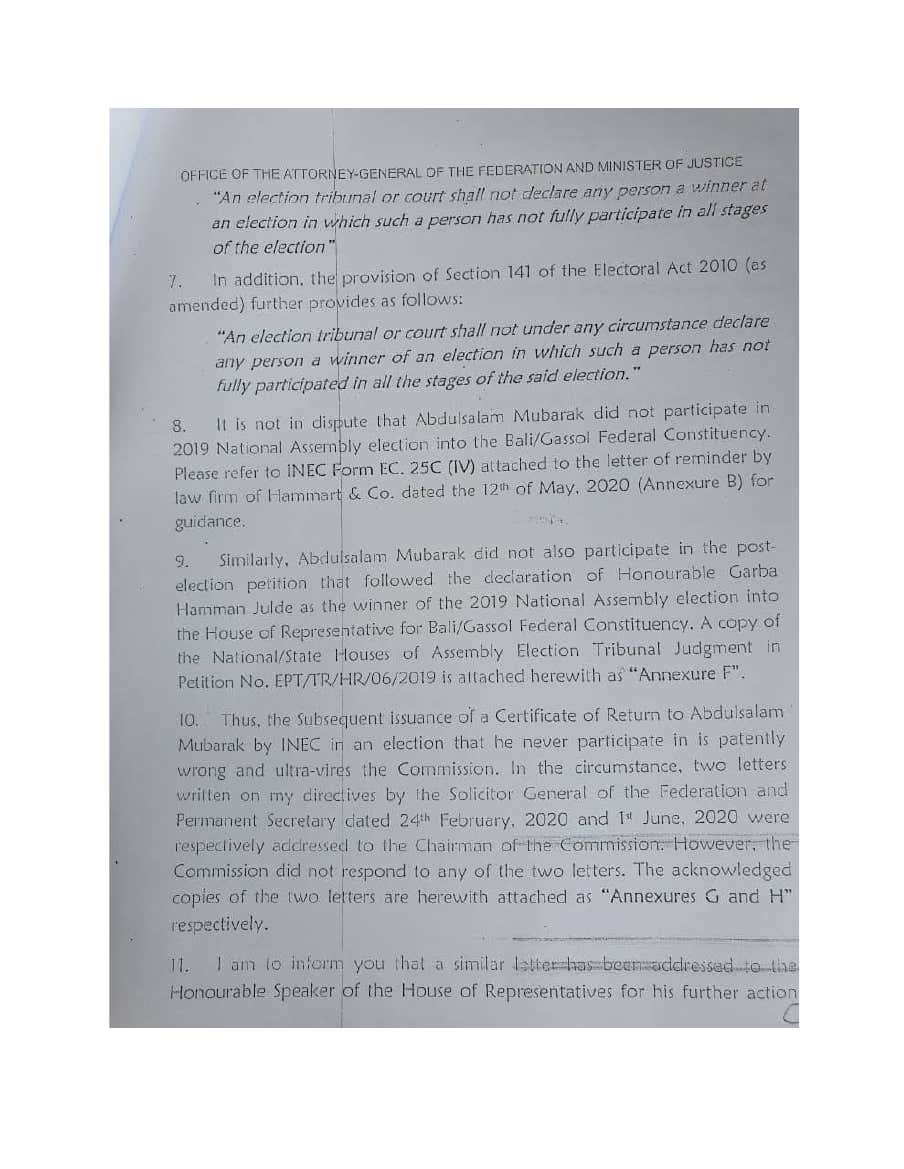