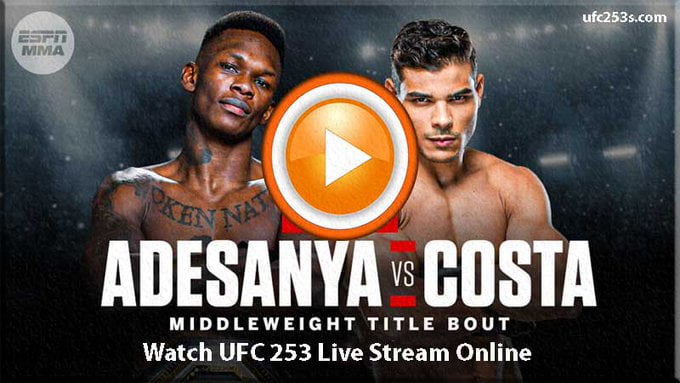 Check the links below for live stream of the match.

Naija News understands that the UFC returned for its second stint on Fight Island on Saturday night with the UFC 253 getting the festivities started this time around.

The pay-per-view event highlighting the month of September is headlined by a pair of championship fights, with middleweight champion Israel Adesanya of Nigeria slugging it out with Paulo Costa, a Brazilian professional mixed martial artist, in the main event after months of trash talk and posturing.

The two undefeated rivals, Adesanya (19-0) and Costa (13-0) are throwing down to close the show from Flash Forum on Yas Island in Abu Dhabi, United Arab Emirates.

Similarly, Dominick Reyes will battle Jan Blachowicz for the vacant light heavyweight championship in the co-main event. Reyes should, in the eyes of many, already be the 205-pound champion, but came up on the wrong side of the scorecards in February against Jon Jones.

On the other hand, Blachowicz punched his ticket to the title shot with a three-fight winning streak, capped off by a knockout of Corey Anderson in their February rematch.