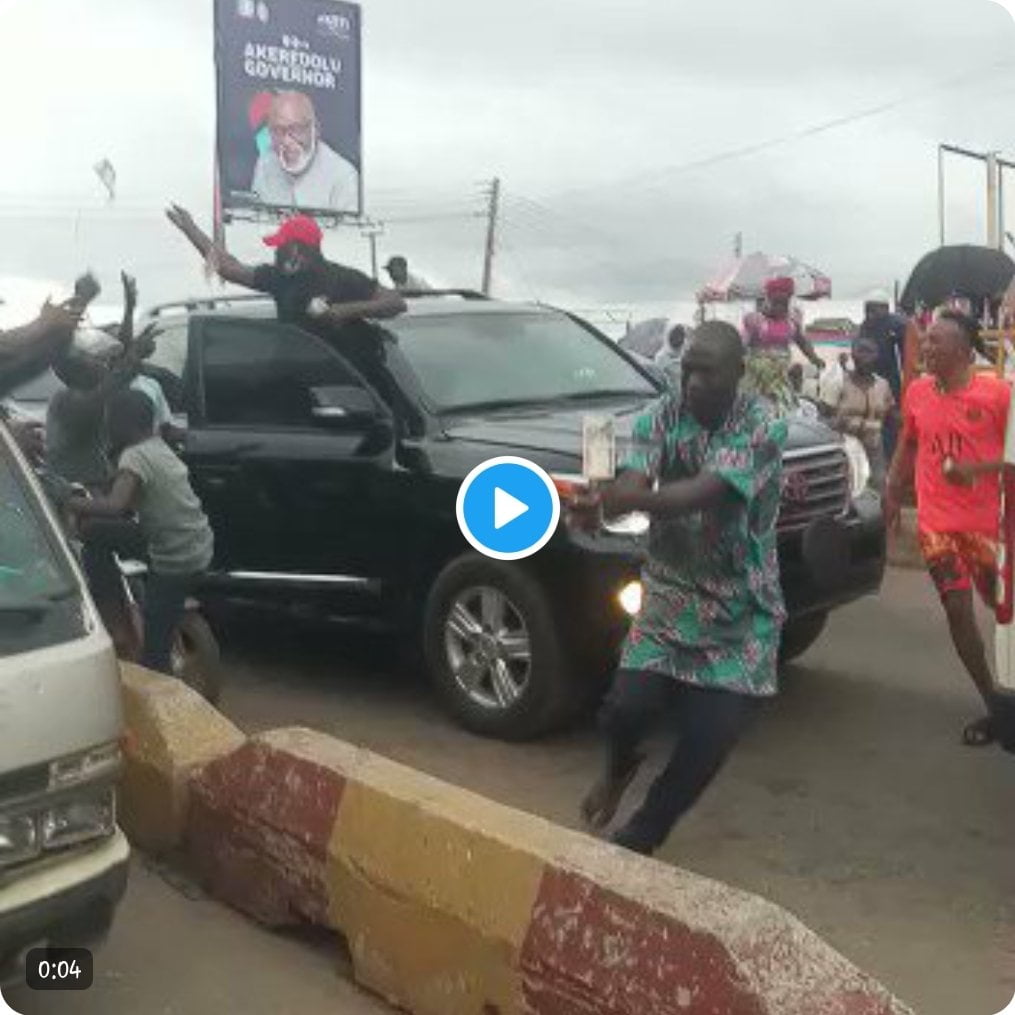 A video of Governor Rotimi Akeredolu sharing N200 notes in Akure, the Ondo state capital ahead of the Ondo 2020 election has emerged.

Naija News reports that in the video which has gone viral on the micro-blogging site, Twitter, the Governor could be seen stepping out of his convey to spraying N200 notes into the air with residents of Akure scrambling to get a share “national cake.”

People struggling for N200 today says a lot about the poverty rate in Nigeria.

Election time and this is the best he can offer. pic.twitter.com/H3jaLiVJMb

Meanwhile, this is coming after Governor Nyesom Wike of Rivers State had warned Akeredolu that he cannot influence the outcome of the Ondo State Governorship election.

Governor Wike had said: “Having lost Edo State, everything will be done not to lose Ondo State because they know that will mean the end of APC.

“In Ondo State, the will of the people are against them and incumbency will not work.”

However, reacting through Donald Ojogor, the state Commissioner for Information, Akeredolu warned Wike to steer clear of the state.

“In all aspects, Governor Wike deserves respect not just as governor but as a critical stakeholder in the democratic journey. He has his inalienable rights as a citizen to express his mind and make comments about whatever he feels strongly about.

“However, what amuses us is his imperious attitude and recourse to spurious allegations just because of an election. He should know that the people of the Ondo State who have a history of rejecting external influence and domination, will resist his attempt to play the role of a godfather in Ondo state. Ondo is not Rivers.

“The man ought to know that utterances of public office holders must be measured and their delivery ought to be in line with the mood of the people. The people of the state will resist Wike here even if he had roared elsewhere successfully. For emphasis, his imperialistic approach is most unfortunate and very unbecoming.”

Meanwhile, the Ondo governorship election holds on October 10, 2020,  with the All Progressives Congress’ candidate and incumbent governor, Rotimi Akeredolu; Eyitayo Jegede of the Peoples Democratic Party (PDP) and Agboola Ajayi, the incumbent deputy governor and candidate of the Zenith Labour Party (ZLP), as front runners.