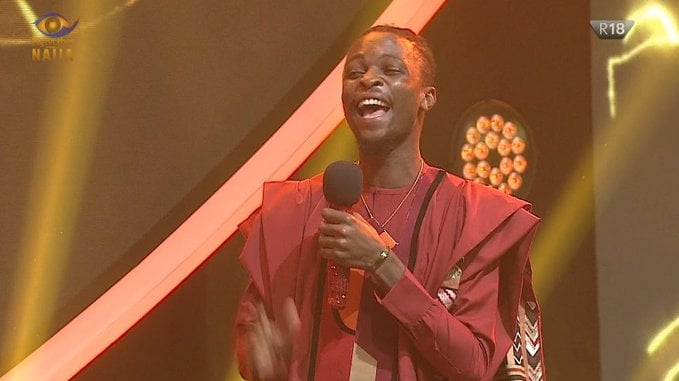 #BBLaycon looks back at the incident with #BBErica and says he learnt a lot from it. He had never been in that situation before. #BBNaija #BBNaijaFinale#BBLiveBloghttps://t.co/XU6o0IfQnw pic.twitter.com/hV5s20LZ5k

BBNaija Laycon who real names are Olamilekan Agbeleshe is a 26-year-old singer and rapper from Lagos.

Olamilekan Agbeleshe, who wants to be called “Laycon” on the BBNaija Season 5 reality TV show studied Philosophy at the University of Lagos but thinks music is his thing. He is the last born of his family and he is from a polygamous home, but he has unfortunately lost his dad.

He saw the light in singing and took it seriously, and he has one of his songs on MTV BASE top ten charts for about six months. Laycon is seen as one of Nigeria’s most promising new school acts.

While he was in the University he produced cover for a lot of Nigerian songs. In 2016 he released a 17 tracks album. He got signed to a record label in 2019. One of his songs also making waves with him featuring Shinko Ekun and Reminence.

He wants to be one of the biggest artist in Africa and do greater things with his music career. Laycon, believes he is versatile and will never be short of perfect words at any point in time.