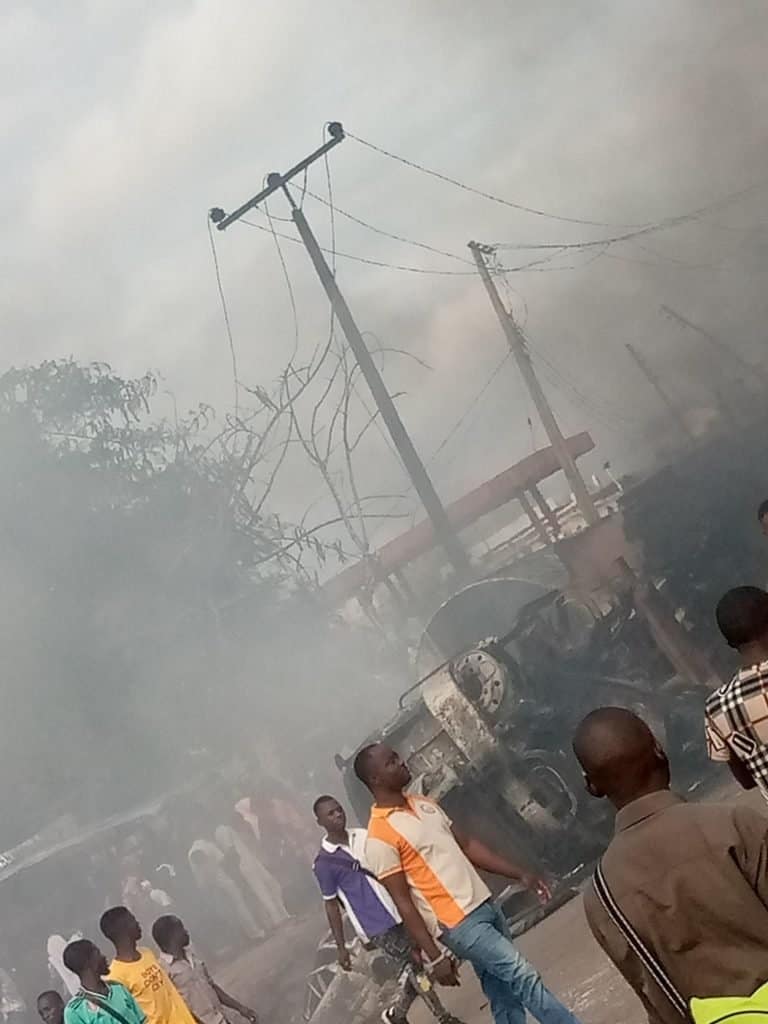 Vice President Yemi Osinbajo has met with Governor Yahaya Bello of Kogi State over the tanker explosion that occurred in Lokoja, the state capital.

Recall that over 30 persons died on Wednesday when the petrol tanker exploded and ignited a fire that also destroyed property at Felele, Lokoja.

Meeting with Yahaya Bello, Osinbajo promised that the Federal Government will reach out to the families affected by the petrol tanker accident that occurred in the state.

The Kogi state governor disclosed this while briefing State House correspondents after a private meeting with Osinbajo on Thursday at the Presidential Villa, Abuja.

He said: "The discussion was very okay; the vice president is a very caring father, and he is concerned about what happened particularly yesterday–the unfortunate fire accident that claimed the lives of innocent citizens of the state.