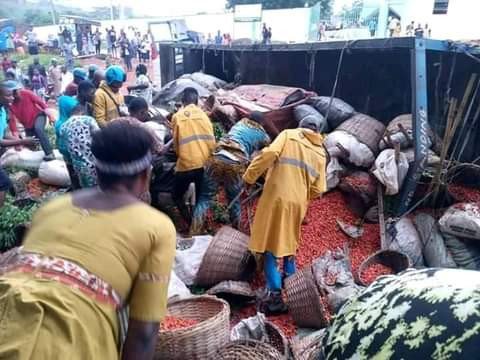 According to an eyewitness, the incident happened near the Nigerian National Petroleum Corporation (NNPC) under the bridge in Abeokuta, the state capital on Wednesday morning, September 23. 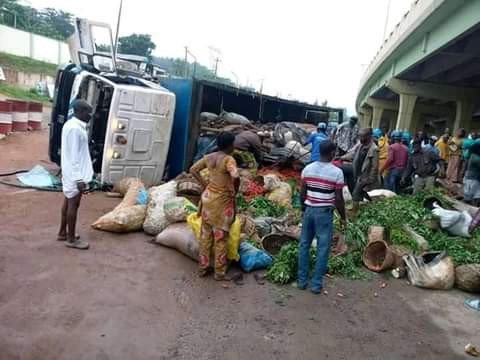 Naija News gathered that the trapped victims were rescued from officers of the traffic compliance and Enforcement Agency. The officers also evacuated the perishable goods from the main roads.

Meanwhile, this is coming after a multi-vehicle accident involving a fuel tanker occurred at Ikare in Akoko North-East local government area of Ondo State.

Four casualties were recorded immediately after the incident. However, the death toll from the tragic incident has since risen to eight according to eyewitnesses who also identified a pregnant woman and her two children among the casualties.