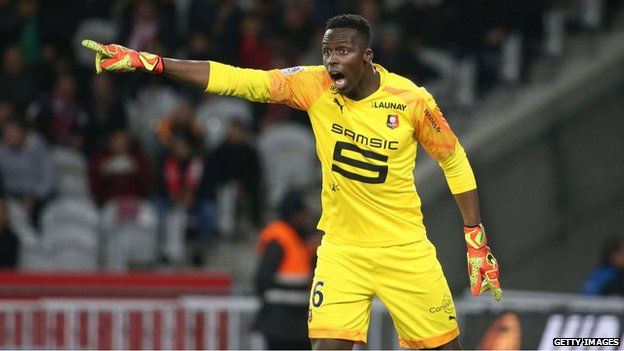 Chelsea has signed goalkeeper Edouard Mendy from Rennes on a five-year deal.

The 28-year-old Senegal international has made 25 appearances for Rennes after joining the club from Reims in 2019.

His medical was completed on Tuesday, with Chelsea boss Frank Lampard saying he wanted to compete with Kepa Arrizabalaga, who was bought for £71m.

Kepa made a mistake in Liverpool’s second goal against Chelsea in the Premier League on Sunday, and Lampard said it was “a clear mistake.”

The Senegalesse was left out last season after making a number of errors.

Among them was in the FA Cup final, when the 25-year-old goalkeeper was replaced by second-choice goalkeeper Willy Caballero, 38.

Last season, Mendy kept a clean sheet against Rennes in nine of his 24 Ligue 1 appearances, compared to Kepa’s eight in 33 appearances for Chelsea. publication of the Premier League.

Kepa, on the other hand, blocked 53.5 percent of the ball, allowing one goal in every 63 minutes.

Mendy, who has played in eight internationals, is Frank Lampard’s eighth signing since the transfer window opened this year.