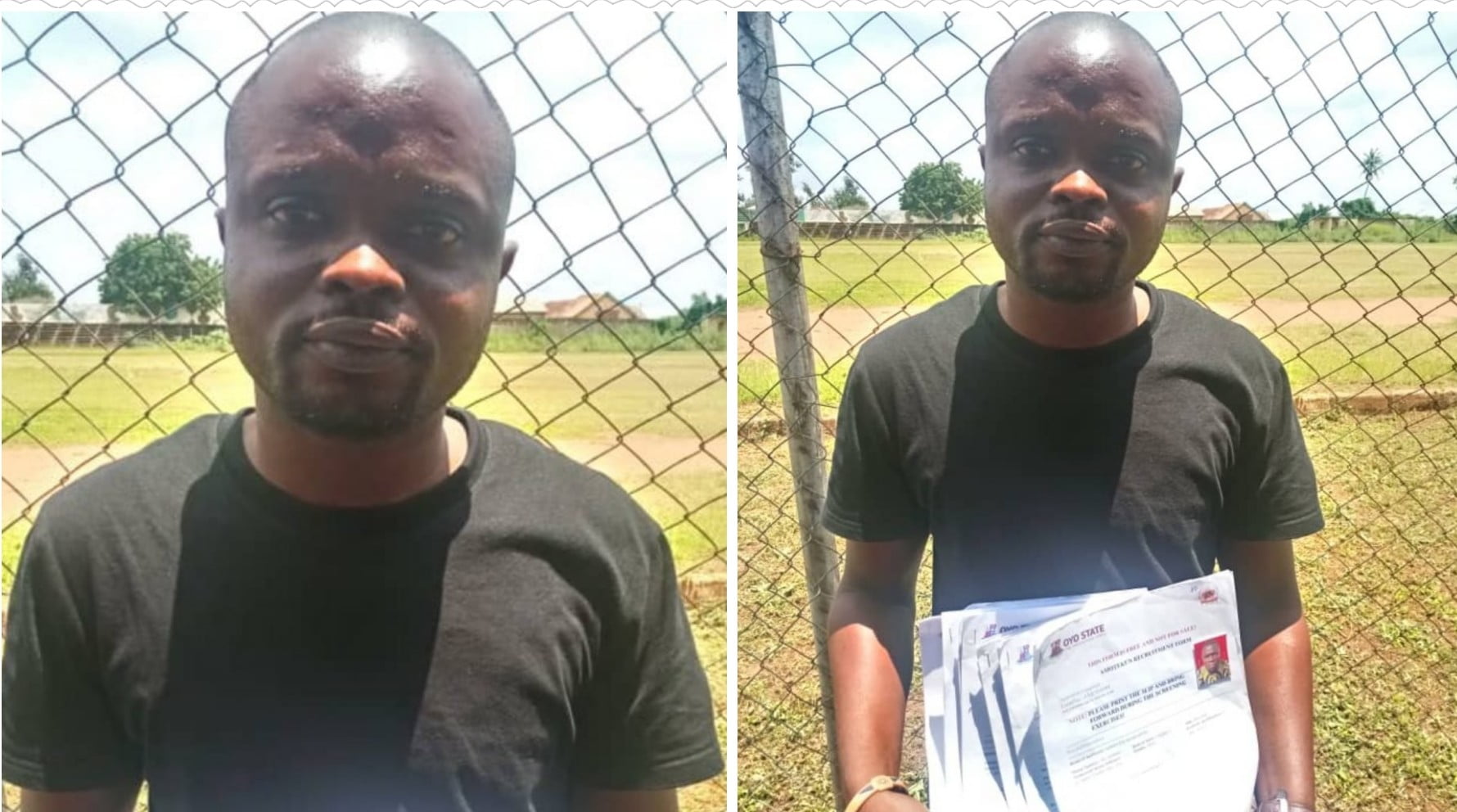 Another fake Amotekun recruitment officer has been arrested in Oyo State, southwest Nigeria.

Naija News learned that the fake recruitment officer of Oyo State Security Network also known as Amotekun, who was identified as Adeyemi Agboola, was arrested in Oyo town.

Agboola’s arrest is coming a few days after a fake recruitment officer of the agency was apprehended in Ibadan, the state capital. Agboola was arrested for allegedly defrauding unsuspecting applicants into Amotekun.

It was learned that the fake Amotekun recruitment officer who owned a cybercafé along Durbar Stadium road in Oyo town was caught on Wednesday with eleven fake recruitment forms which he was allegedly selling to mostly unlettered applicants at N500 per copy, with the promise of assisting the victims to get the job.

Agboola claimed that he only utilized the opportunity to extort the victims.

While reacting, Amotekun Commandant, Colonel Olayanju Olayinka (rtd) said the culprit would face the law for his action.

Olayinka who added that the suspect has been handed over to the appropriate prosecuting agency, urged members of the public to be wary of individuals that would always want to take advantage of others in the society because the victims were educationally deficient.

“It is very unfortunate that people can still take advantage of others on recruitment exercise just because the victims are unlettered, we shall dig more to know the number of victims that have fallen for the antics of this man.

“We have handed him over to the appropriate prosecuting security agency. It shall serve as a deterrence to others that might want to thread this bad way. The State government has been working non-stop to alleviate poverty and sundry social issues affecting our people, but we will not allow the common people to be cheated by those who think they are cunning”.