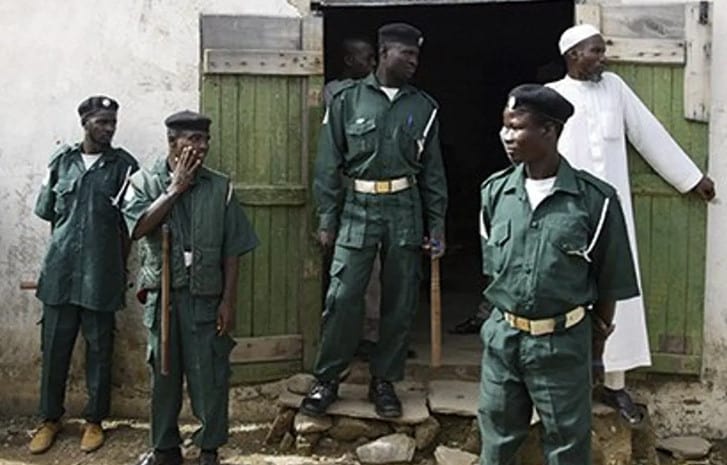 Three people including a politician’s son who were  allegedly circulating a video on social media while sexually assaulting a young lady have been arrested by the Sokoto State Hisbah Commission.

Reports has it that the victim was scheduled to be married on the 17th of October and the video led to the marriage being called off.

Confirming the arrest to newsmen, the state Hisbah Commandant, Dr. Adamu Kasarawa, said the suspects would be handed over to the police for prosecution.

The victim’s mother, while speaking with newsmen said her daughter had once been sexually abused by the politician son, when she was 16 years old.

She alleged that the suspect stored the video clips for three years with the intention of destroying her daughter’s life.

“Exactly on June 20, 2020, I received a call from Lagos on the circulated video of my nude daughter being sexually abused by Baffa Hayatu Tafida.

“The suspects shared the clips to my daughter’s suitor along with other online groups,” she said

The mun said the groom cancelled the wedding to her daughter after seen the phonographic video of Baffa (the politician son) sexually abusing the girl.

She alleged that officials at the Department of State Services and the National Human Rights Commission in Sokoto refused to respond to her cry for justice until she lodged a complaint at the Hisbah commission.

She said the principal suspect’s father had made several attempts to induce her to drop the case, and threatened her on different occasions when she refused.

When contacted, Hayatu Tafida, the father of the principal suspect, confirmed knowledge of the case but denied inducing the victim’s mother or threatening her life.