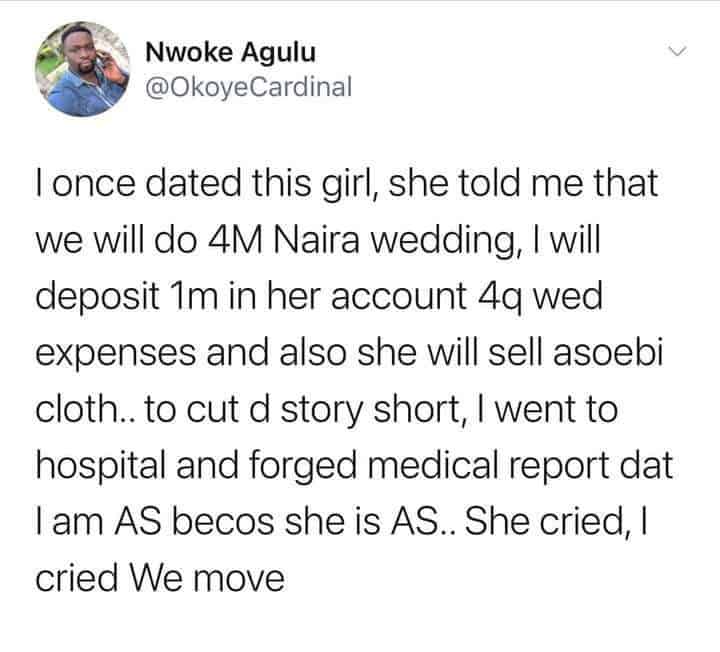 A young Nigerian has taken to twitter to reveal an hilarious thing he once did while dating a lady who requested to have a N4m Wedding.

According to him, she had started that the budget for the kind of wedding she wanted to have was nothing less than N4million.

The man who was aware that her genotype was AS, said he bribed an hospital to forge a genotype result showing he is AS also.

Meanwhile, Tragedy recently struck in Indian, after a father of five daughters who was desperate to have a son, allegedly split open his pregnant wife’s belly to determine the gender of their baby.

The man, identified as Pannalal,43, was said to have attacked his wife Anita Devi, 35, with a sharp-edged weapon last Saturday night , September 19, at their home in Budaun in the northern state of Uttar Pradesh.