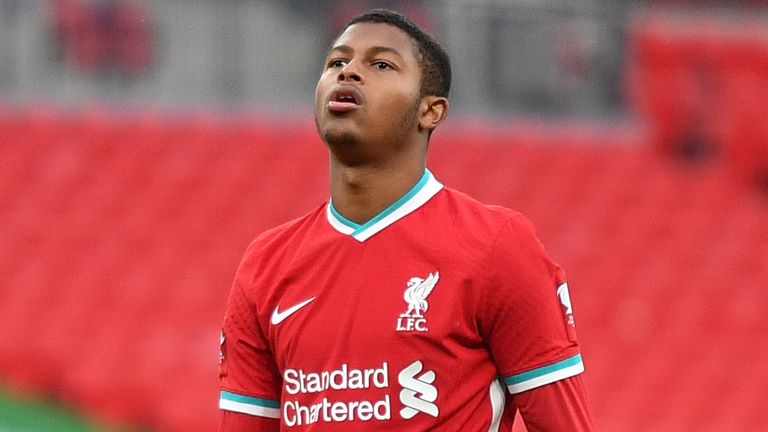 English professional footballer who plays as a forward for Premier League champions, Liverpool FC, Rhian Brewster, has been linked with a move to Crystal Palace on a formal bid of £19m, plus £6m in add-ons.

Naija News learnt that offer for the 20-year-old player includes the option for Liverpool to have ‘first refusal’ and buy the player back for £37m in the future.

Though rumours from some quarters suggested that Crystal Palace has made a formal bid for Brewster, a statement on Monday, September 21 by the Palace chairman, Steve Parish, however, denied the report, noting that the club is yet to reach a deal for the player.

Naija News understands that Liverpool manager, Jurgen Klopp, has not concluded on whether Brewster will figure in his plans this season. Reports are suggesting that the striker may be on his way out of Anfield as Liverpool are in need of funds to cover for the purchases of £25m Thiago and £45m Diogo Jota.

While at Swansea in the last season, Brewster netted 10 goals in 20 Championship games, Naija News understands. The England U21 national team player, however, is keen on a move out of Liverpool in order to get more first-team football, reports suggested.

Meanwhile, English Premier League club, Manchester City has confirmed that one of its players, Ilkay Gundogan has tested positive for the Coronavirus disease.

This was confirmed in a club statement on Monday, 21st September where the club noted that the midfielder has now entered 10-day isolation.