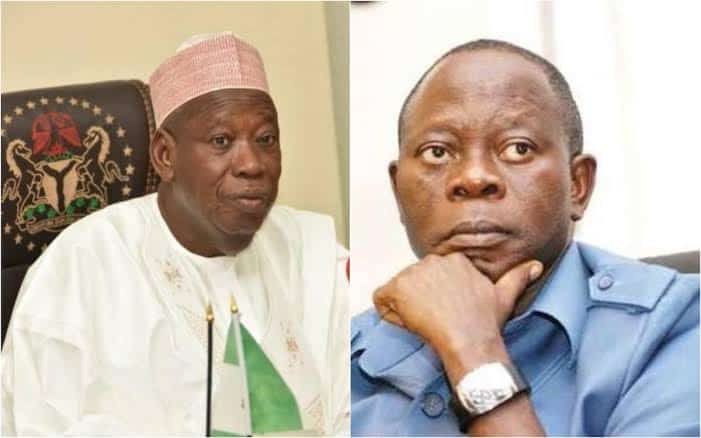 Former National Chairman of the All Progressives Congress, Adams Oshiomhole, is yet to release a statement hours after the victory of the Governorship candidate of the Peoples Democratic Party, Godwin Obaseki.

The former Edo State Governor had earlier anointed the candidate of the APC, Osagie Ize-Iyamu against Obaseki, whom he supported in 2016.

The electoral process, however, did not go in his favour as Obaseki and the PDP defeated them in 13 local government areas of the state.

The Chairman of the party’s National Campaign Council for the Edo election, Governor Abdullahi Ganduje, has also failed to release a statement.

There had been reports that the Kano State Governor upon the declaration of Obaseki as winner in the September 19 election, fled Benin, capital of Edo, in a private jet.

Kano State governor was sighted around 2:40pm with his entourage entering a private jet at the Benin Airport.

Meanwhile, the APC has rejected the result and promised to disclose their next line of action.