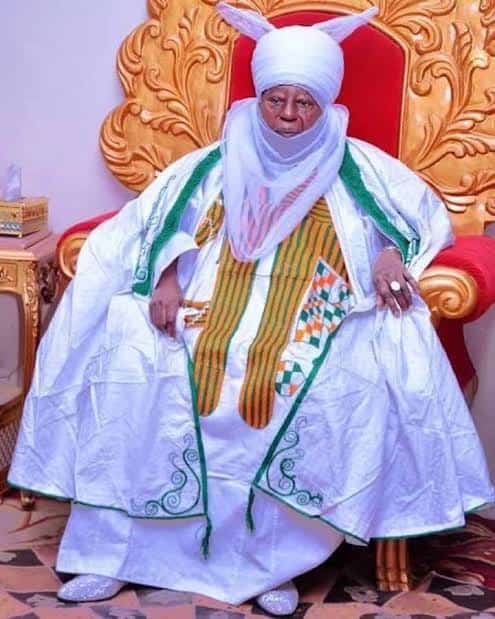 Naija News that the Emir of Zazzau died at the age of 84 at the 44 Army Reference Hospital, Kaduna on Sunday. The monarch was laid to rest at his palace in Zaria with a large crowd at the burial ceremony of the emir.

See the large crowd that witnessed the burial of popular Emir of Zazzau, Zaria, Kaduna State, Alhaji Shehu Idris. He was buried today.

Meanwhile, the late monarch who was the 18th Emir of Zazzau, was the Chairman, Kaduna State Council of Chiefs. Shehu Idris was coronated the Emir of Zazzau on February 15, 1975, and has ruled Zazzau emirate for 45 years, before his death.

Before his death, the emir of Zazzau said in August that Nigerians were suffering as a result of “palpable hardship” in Nigeria, adding that intervention was needed at both the federal and state levels.

The Emir had urged all farmers and herders to coexist peacefully and avoid rumours that fuel crisis.

He had said that “The suffering requires the attention and assistance of the governments at both federal and state levels,” he said.

“Similarly, we are urging our people to continue to promote peaceful coexistence. Fulani herdsmen and farmers should respect the interest of one another. People are also urged to avoid rumour-mongering and give maximum cooperation to security agents.

“Kaduna state, local governments and the house of assembly should take measures that would bring about development in the areas of agriculture, animal husbandry, and education.

“If these sectors are giving necessary attention, they are capable of bringing about peaceful coexistence and the end effect is improvement in the lives of our people,” the Emir of Zazzau had said.