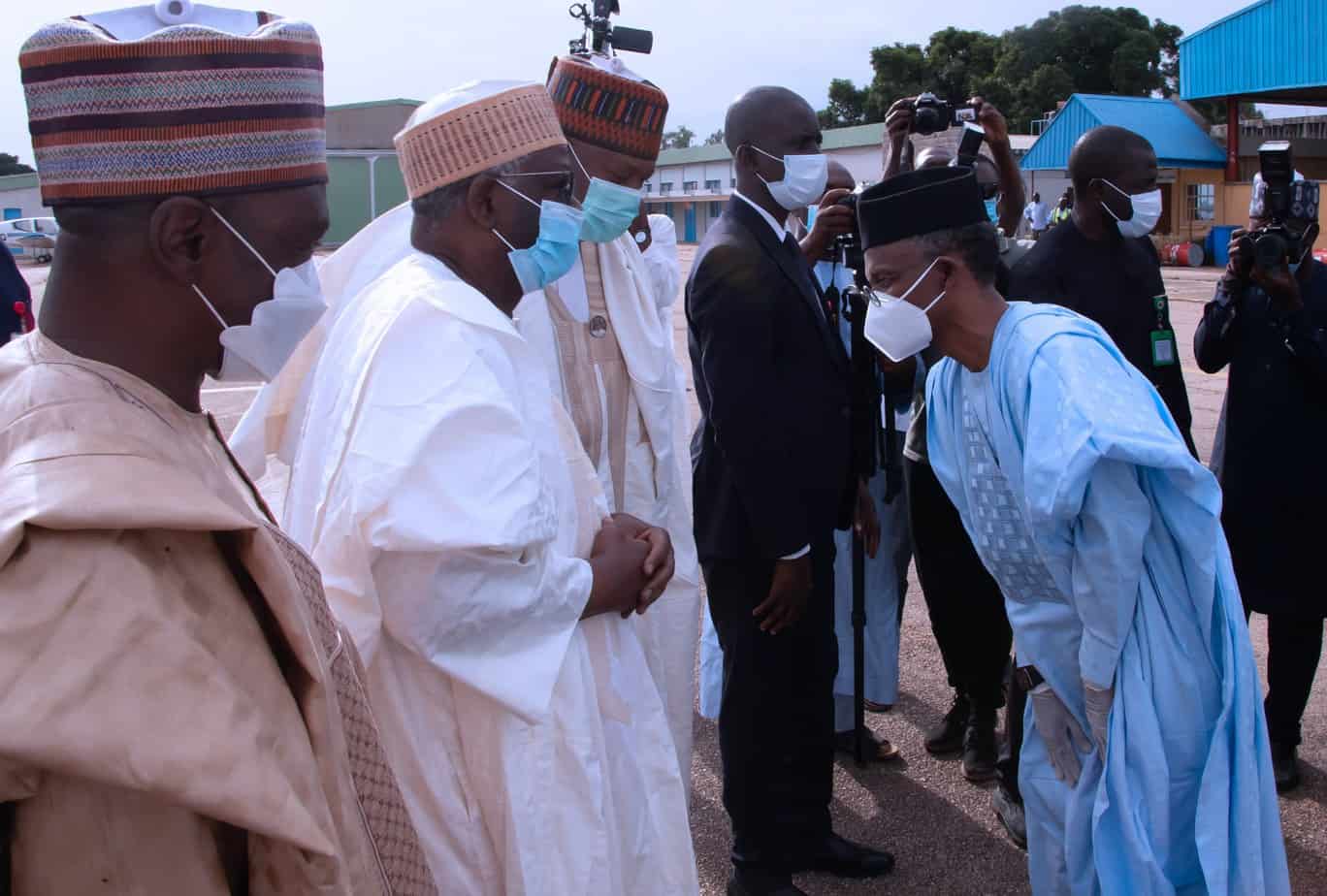 The President of Nigeria, Muhammadu Buhari on Sunday, sent a powerful team of government officials to commiserate with the government and people of Kaduna over the death of the Emir of Zaria, Shehu Idris.

The federal government delegation was led by the President’s Chief of Staff, Professor Ibrahim Gambari. Others on the team were Ministers of Finance, Budget and National Planning, Zainab Ahmed, Environment, Dr. Mahmud Mohammed and that of Aviation, Senator Hadi Sirika as well as presidential spokesperson, Garba Shehu.

It will be recalled the late traditional ruler died at the age of 84 and was buried on Sunday, 20th September 2020.

On hand at the School of Aviation in Zaria to receive the government delegation was the Kaduna State Governor himself, Nasir El-Rufai.

Garba Shehu quoted the President’s Chief of Staff as saying in his condolence message that the late Emir had, “paid his dues to the nation,” and will never be forgotten for his roles in nation-building and peaceful co-existence of Nigeria.

In his response, Governor El-Rufa’i appreciated the President for sending such a powerful delegation to the State for the Emir’s burial ceremony.