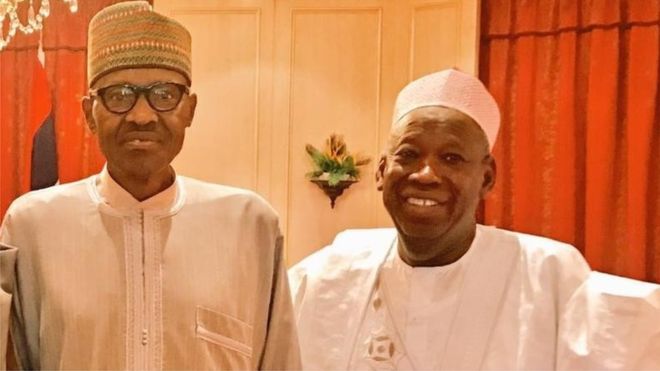 Although the President met with both governors behind closed-doors and the visitors did not speak to journalists, they were suspected to have met over the outcome of the Edo governorship election over the weekend.

Ganduje, who was Chairman of the APC Edo Governorship Campaign Council, and his Imo state counterpart, Hope Uzodinma, who is also a member of the council, spent the weekend in Benin City.