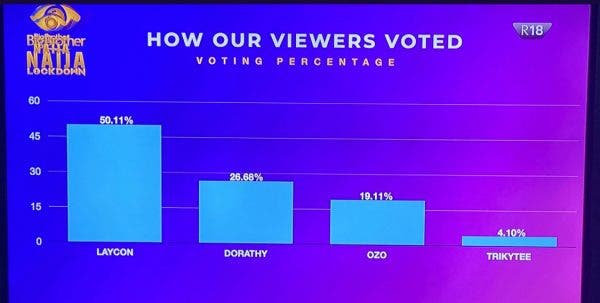 The number of housemates remaining in the 2020 edition of the Big Brother Naija reality TV show has been further reduced on Sunday following the eviction of Ozo and Trickytee.

Ozo’s eviction was the most shocking eviction in the Big Brother house as he was one of the most favorite housemate speculated to win the show.

Following the eviction, organizers of the Big Brother Naija reality TV show have released the details of how viewers and fans voted for housemates in Sunday’s eviction show. 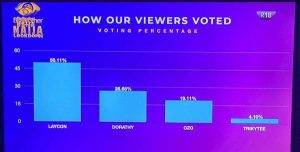