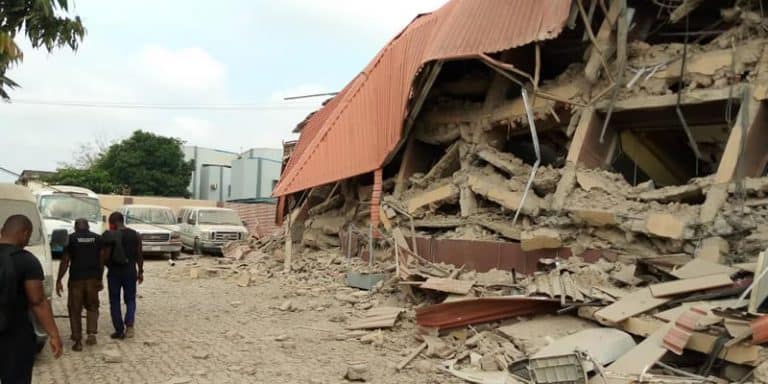 A school building on Saturday collapsed in Ejigbo area of Lagos State.

Naija News reports that the incident occurred at Number 15, Ansarudeen Street, Ile-Epo bus-stop, at about 8.15 am.

No casualties have so far been recorded.

According to eyewitnesses’ account, the building belonging to Excel College had previously shown signs of distress and the school was planning to renovate/refortify the structure before the collapse.

It was gathered that the three-storey building had two wings conjoined unfortunately the collapsed wing the wing had serious on the adjourning wing as visible cracks can be seen on the walls, pillars and decking.