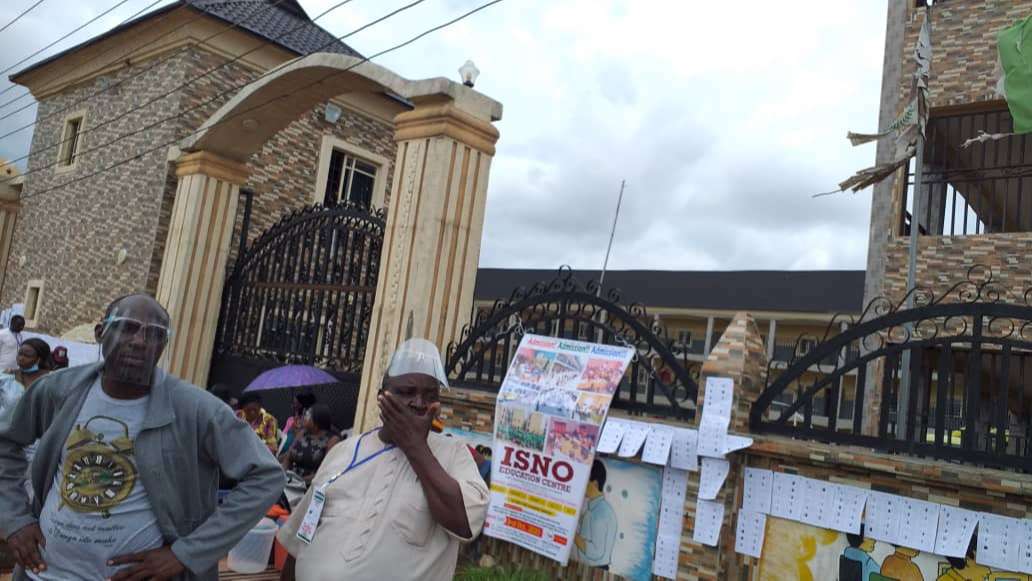 Electorates at PU 020, ward 07, Ikpoba/Okha Local Government Area were disappointed by their party after failing to fulfil the promise of serving them jollof rice at their PU.

Lamenting over the development, the party agent (right from the above picture) lamented that the electorates were promised food but never received any. According to him, ‘there is no sign of one at hand – not even the aroma.”

The candidate of the Peoples Democratic Party (PDP) in the Edo State governorship election, Godwin Obaseki, has cried out over alleged manipulation of the election process at polling units where he has strongholds.

The incumbent Governor of Edo State made the assertion in a statement a few minutes ago through his Special Adviser, Crusoe Osagie, Naija News reports.