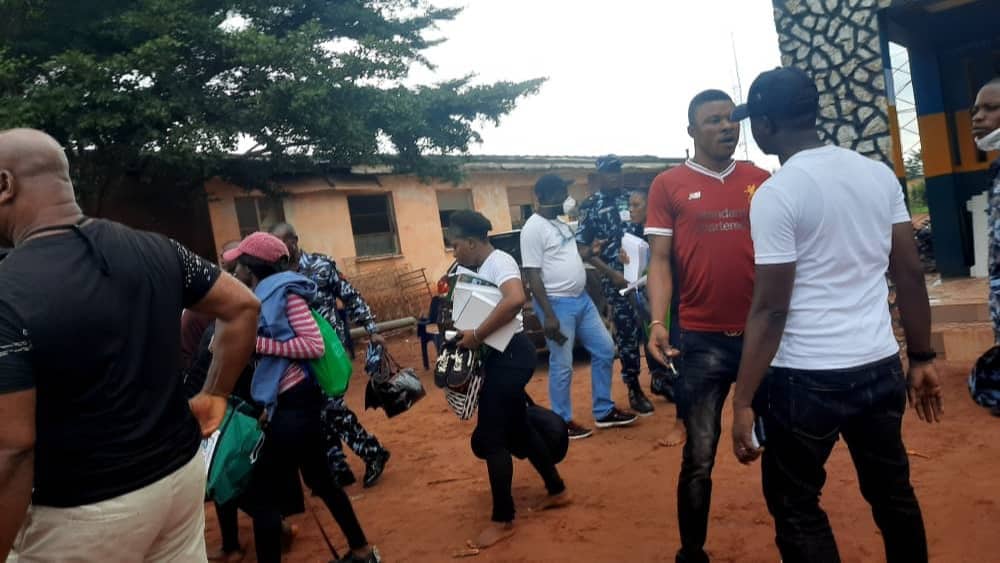 A party agent has been reported dead in Ubiaja, a community in the Esan South-East Local Government Area of Edo State.

It was unclear at the moment which party the agent belonged to, a report by The Cable, however, revealed that the agent was shot dead at the L.E.A primary school in Ubiaja town.

Naija News understands that the incident brought sorting to an abrupt stop at the PU as INEC officials with the help of police moved election materials to a police station in Ubiaja town.

Meanwhile, in an earlier report, some thugs said to be loyal to the Peoples Democratic Party, PDP reportedly beat to a pulp a wife of an All Progressive Congress chairman, after she allegedly attempted to resist the thugs from hijacking electoral materials at a polling unit in Tipper Garage, Egor.