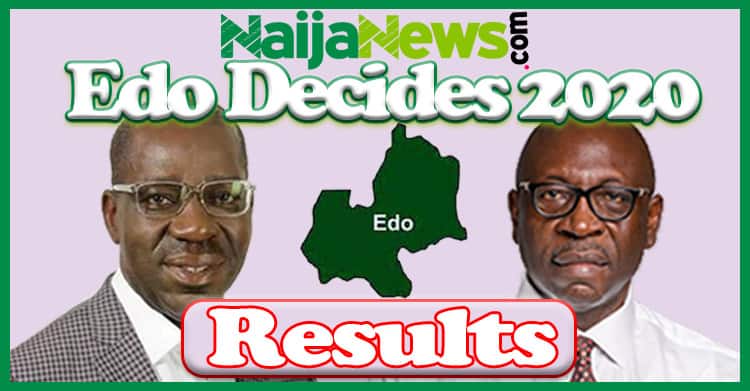 The first result of the ongoing Edo governorship election in Edo State, south-south Nigeria, has emerged.

The election is taking place in eighteen (18) Local Government Areas (LGAs) and one hundred and ninety-two (192) wards in the state.

According to INEC, the number of registered voters for the election is 2,210,534. However, 483,796 PVCs were not collected, leaving 1,726,738 voters eligible to take part in today’s election. According to the delimitation of the state, the election is conducted in the 2,627 polling units in 192 wards in the 18 LGAs of the state withGovernor Godwin Obaseki of the PDP and Osagie Ize-Iyamu of the APC being the main contenders.

Below is the First Edo Election Result…

Please note that these results are yet to be confirmed by the Independent National Electoral Commission, INEC, the only body recognised by law to declare election result.