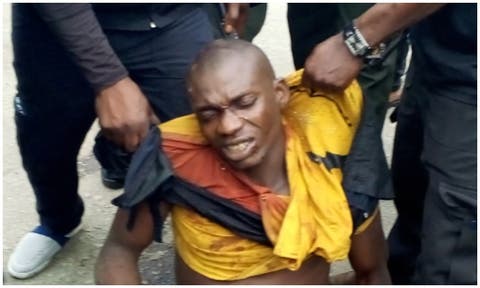 The Rivers State Police Command has arrested Paul Kobani, the Chairman of Gokana Local Area of the state, over an alleged criminal matter.

There were speculations that Kobani was arrested in connection with the late notorious armed robber and kidnapper, Honest Diigbara, populaly known as Bobisky.

The development is coming barely 24 hours after the state Governor, Nyesom Wike redeemed his pledge of N30m bounty placed on Bobisky’s head for anyone that could give useful information which led to his arrest.

Further report revealed that Kobani was picked up at his residence in handcuffs on Friday morning and taken into custody at an undisclosed police station in Port Harcourt.

The Commissioner of Police in the state, Joseph Mukan, confirmed the development, but noted that the matter is still under investigation.

“I am yet to be furnished with the details. He’s just been taken into custody. Investigation is on. He has not been linked with Bobisky’s case,” Mukan stated,

Giving more information on the council chairman’s arrest on Friday evening, the spokesman for the state police command, SP Nnamdi Omoni, was evasive but confirmed the arrest.

He stated, “Gokana chairman was invited by the police in connection with a case we are investigating. So he is here (in custody) helping us to make some clarifications of which if he is not indicted or not found culpable, he will be left of the hook.”

“For now he is helping us in the case for which he is invited until the investigation is over. So any link with Bobisky is neither here nor there and we have not said so until the end of investigation. We will still come up with our position.”