Early it was announced by the Independent National Electoral Commission (INEC) that sensitive electoral material for the Edo governorship election had arrived the state in preparation for Saturday election.

There was heavy security presence at the Central Bank of Nigeria (CBN) in Benin, the state capital, during the distribution. 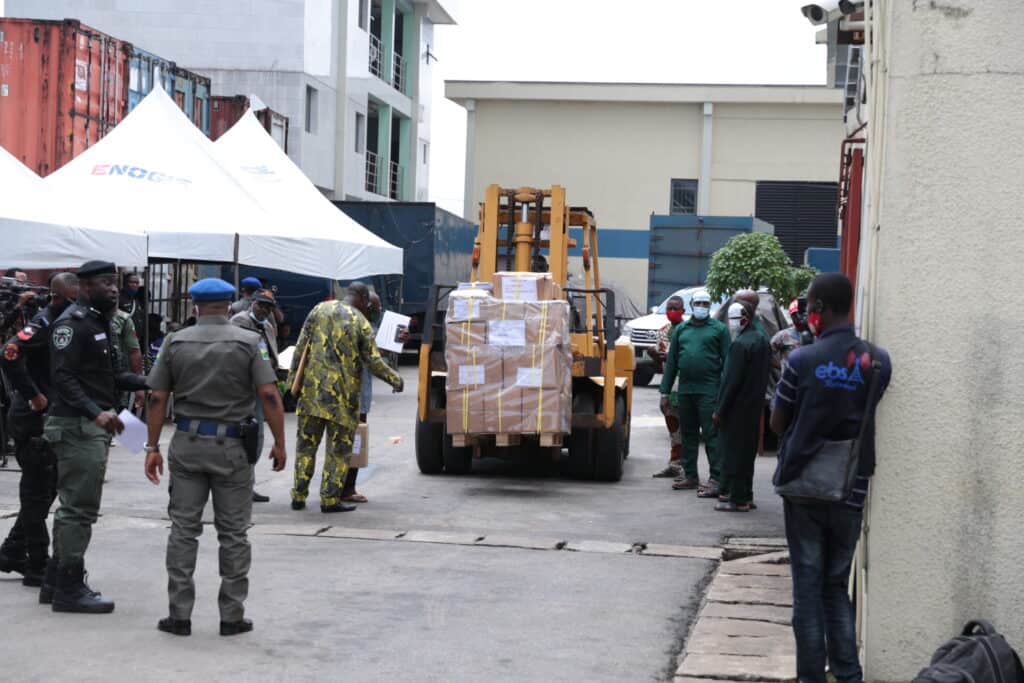 Meanwhile, the governor of Rivers State, south-south Nigeria, Nyesom Wike, has urged President Muhammadu Buhari to use the Edo State governorship election as a model for a refined electoral process.

Naija News reports that Governor Wike’s advice to the President on the Edo 2020 election was contained in a statement on Thursday by Paulinus Nsirim, Commissioner for Information.

The statement said the Rivers State governor who is the Peoples Democratic Party (PDP) National Campaign Council Chairman, said the outcome of the election would provide hope for the general elections of 2023.